ECOexperts Automation GmbH, based in Tieschen, Austria, specializes in infrastructure solutions. One of its main focal points is the combination of automation and IT with a special focus on safety aspects such as cybersecurity and widely distributed decentralized applications. With more than 200 Industrial PCs in operation, the example of the 2,150-meter-long Kaisermühlen Tunnel in Vienna shows that modular and finely scalable PC-based control technology from Beckhoff is the optimum automation platform in this environment.

According to ECOexperts’ project manager Robert Reiter-Haas, this infrastructure project is one of the most complex tunnel projects in the world: “The renovation was carried out during operation, without the complete closure of the tunnel to traffic and within the very short period of just 18 months. Problems or unforeseen closures would have led to a traffic collapse in Vienna. For that reason the subject of system availability was one of the most important points in the implementation of the project. This was addressed by means of an appropriate redundant solution based on the C6930 control cabinet Industrial PCs from Beckhoff and our acuradeG5 software.”

One of the main contributing factors to the system complexity of the Kaisermühlen Tunnel is the fact that 10 slip roads and two collecting lanes exist in addition to the four traffic lanes. These represent a big challenge from the point of view of ventilation, as Robert Reiter-Haas explains: “Due to the entries and exits in the tunnel, the smoke extraction strategy is very complex. Smoke should be purposefully extracted in different directions depending on the location of the fire. This is much easier to handle with other tunnels that only have one entry and exit, in other words a pre-specified flow direction. Plus this is one of the busiest tunnels in Austria and thus a main artery in the traffic network of the city of Vienna. Therefore this route had to be usable with high availability even during the renovation. This is where the advantages of the Beckhoff hardware combined with the advantages of our acuradeG5 software showed their strengths.”

During the course of the modernization, which was decided on in 2018, all electrical and safety components were renewed. The variety of the systems involved also illustrates the high system complexity:

ECOexperts have been using the control technology from Beckhoff since 2016. From Robert Reiter-Haas’s point of view, a major deciding factor back then was the availability of platform-independent hardware and the corresponding support from Beckhoff: “Among the big advantages are the powerful IPC hardware and the extensive range of I/O modules. Not only that, all Beckhoff components support the special requirements in the infrastructure area with regard to an extended operating temperature range. Also decisive is the possibility to extensively install our own software on the Beckhoff IPCs. Especially in this area we benefit from very good support from Beckhoff Austria, both technically and in terms of sales.”

At the I/O level, 104 CX9020 Embedded PCs are distributed as bus couplers in more than 50 places in the Kaisermühlen Tunnel. These are connected via TwinCAT OPC UA software to 12 redundant control units, each with two C6930 control cabinet Industrial PCs. In this way, more than 7,500 digital signals and 400 analog signals are controlled, e.g.:

For the traffic technology, 81 CX2020 Embedded PCs were used as data concentrators with special protocols. Serial protocols, such as for variable traffic signs or lane signals, are connected via these IPCs. The modularity of the CX2020 is of great importance in relation to the serial interfaces. The acuradeG5 software, which connects the individual levels via OPC UA, is installed at all control levels.

The 24 C6930 control cabinet Industrial PCs running acuradeG5 act as redundant controllers implemented in the form of a so-called hot standby. They take care of the complete system control, separated according to the carriageway. A redundant acuradeG5 system is used as a central control system and links the 12 redundant control units to form a complete system. The event triggers (fire, traffic jam, etc.) as well as the traffic control and ventilation programs are executed in this control system. The complete data logging, various evaluations (e.g. trend, energy consumption, historic data recording) as well as the visualization also take place here. Further independent systems, for example the video system, are also connected and can thus interact with one another.

Regarding the complexity and particular control requirements, Robert Reiter-Haas sums up: “A total of over 200,000 data points are processed on the server. Decisive for the overall functionality is above all the universality of the software solution at all levels, which was implemented on the basis of different Beckhoff components. With the large number of CX9020s used as bus couplers, we benefit from the good price-performance ratio as well as from simple addressing and OPC UA support with TwinCAT OPC UA. As the state of the art, OPC UA firstly brings along the high level of security expected of modern protocols. Secondly, it considerably simplifies commissioning and coupling due to its simple addressing. All in all, security aspects and object orientation were decisive for the choice of OPC UA.” 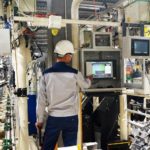 Vehicle production moves up a gear with advanced network technologies 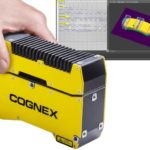