Four out of five mechanical engineering companies will see a drop in sales in 2020 despite a strong end of the year. According to the latest VDMA flash survey, however, the outlook for the future is cautiously positive: slight sales growth is in sight for 2021.

The mechanical and plant engineering sector is judging the year 2020 with mixed feelings, according to the results of the 9th VDMA flash survey on the economic impact of the Corona pandemic, in which 575 member companies took part. Four out of five companies will close the 2020 business year with a decline in turnover. Nevertheless, the proportion of companies that have managed to avoid a minus has risen from 13 to 21 per cent since the end of September.

«Numerous machinery and plant manufacturers benefited from the economic recovery in the fourth quarter of last year and entered the new year with momentum. As a result, about every sixth company was able to close the financial year with an 0 to 10 percent increase in turnover,» says VDMA chief economist Dr Ralph Wiechers. «But even the companies with declining sales show lower losses than feared last summer. Based on the 2020 sales figures now available, 42 percent of the companies report sales losses of 10 to 30 percent. At the beginning of July 2020, 54 percent of the companies still expected a decline in turnover of this magnitude,» he analyses.

«The confidence among machinery and plant manufacturers with regard to demand is considerable. After all, we still have high Corona infection rates everywhere as well as lockdowns in many countries and, as a result, a great deal of uncertainty,» says Wiechers. «Moreover, the survey took place after the last meeting of prime ministers with the German Chancellor. The restrictions agreed upon there as well as the Labour Minister’s decree on home office were thus known to the survey participants.”

According to the survey, 88 per cent of all companies still see themselves affected by travel or residence restrictions. 79 percent of respondents rate the lack of planning as problematic. Last but not least, supply chains are also coming under pressure again. «Last autumn, 10 per cent of companies reported noticeable or serious impairments in their supply chains. Now, twice as many companies are reporting this, at 20 per cent,» Wiechers explains.

The recent noticeable economic revival also had a positive effect on companies’ capacity adjustments. 48 percent of businesses have short-time work and 47 percent are working with hiring freezes. In September last year, 64 percent of the companies still reported short-time work, 62 percent had imposed hiring freezes. «The decline in short-time work should not hide the fact that the situation on the labour market remains tense. About one in five mechanical engineering companies – 22 percent – are currently reducing staff or plan to do so in the foreseeable future,» Wiechers emphasises.

«The decline in short-time work should not hide the fact that the situation on the labour market remains tense. About one in five mechanical engineering companies – 22 percent – are currently reducing staff or plan to do so in the foreseeable future».

For 2021, many companies are nevertheless confident that they will be able to overcome the consequences of the pandemic step by step. About three out of four companies expect turnover to grow. Almost every second company considers a plus between 0 and 10 percent to be realistic. Forty-three per cent of the companies expect progress especially in the sales markets of China and North America. On the Chinese sales market, another 14 percent of the companies even consider a significant improvement possible. «In contrast, the machinery and plant manufacturers are less positive about the development on the European sales markets, including Germany. In Germany in particular, 65 percent do not expect any change for the better,» explains the VDMA chief economist.

Setbacks loom in the first quarter of 2021

«Even though the results of this flash survey are on the whole more positive than in autumn 2020, this should not hide the fact that we have to expect setbacks, especially in the first quarter. Basically, the situation in the mechanical engineering sector remains extremely unstable and tense in the current year. It is too early to give the all-clear,» Wiechers appeals specifically to the collective bargaining partners. Thus, with an expected increase of 4 per cent this year and a decline of probably 14 per cent last year, the price-adjusted production level in 2021 is still likely to be around 10 per cent below the already quite low level of 2019. «For the majority of mechanical engineering companies, therefore, neither the utilisation of physical capital nor that of the people working there will be satisfactory.» 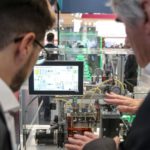 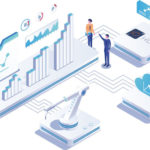