SmartFactoryKL continues to create the visions needed for the manufacturing systems of the future. In 2019, the basic modular design of Production Level 4 (PL4) upgraded the concept of Industrie 4.0 from the year 2011 and formed a theoretical concept for GAIA-X. The Production Level 4 demonstrator represents the vision of resilient production, in which GAIA-X plays a major part. The future European GAIA-X network provides a secure data infrastructure, for example, which permits the implementation of Shared Production. The basic idea is that GAIA-X can offer manufacturing capabilities that are available for use to the European market, in other words: Production-as-a-Service.

“We know any number of reasons why machines are not in operation. Some machines are operational for only a few days each month, especially, at SMEs and that is where we come in,” said Prof. Martin Ruskowski, Chairman of the Executive Board of SmartFactoryKL, Head of DFKI’s Innovative Factory Systems Dept., and Chair of the Department of Machine Tools and Controls at TU Kaiserslautern. “It makes much more sense to have those idle machines used by someone else. These ‘third-party users’ would then pay for the use of the machine. Both the machine owner and the ‘third-party user’ will have something to gain.” The idea sounds like a neighborhood assistance project. But, is it bigger than that?

GAIA-X pursues this idea of shared services. Shared Production or Production-as-a-Service should be possible throughout Europe. The vision is that machine modules with certain “skills” like a metal cutting or milling tool, all connected throughout Europe and able to communicate with each other in the GAIA-X network. The skilled services are on offer and can be retrieved. “GAIA-X must provide a secure data infrastructure,” said Ruskowski. “Unlike previously existing clouds, GAIA-X will be governed by European data protection laws.” This is to ensure data sovereignty, so that each company always remains in control of its data. Still, the scientists also have an eye on data integration along the supply chain.

Production Level 4 as a model for the GAIA-X ecosystem

Prof. Ruskowski and his team are recognized thought leaders in terms of future manufacturing. Their upgrade of Industrie 4.0 as published in 2019, describes their vision and is known as Production Level 4. “We proceed from the idea of the product being able to call up the required skills.

A product knows its design and communicates with the skills on offer to retrieve them as needed for its own production. Basically, it doesn’t matter whether this happens on the factory floor or anywhere else in Europe,” said Ruskowski. “Shared production, the core idea of the vision will gain momentum through GAIA-X and the new possibilities it offers,” said Ernst Stöckl-Pukall, Head of Digitalization and Industrie 4.0 at the German Federal Ministry for Economic Affairs and Energy (BMWi). “GAIA-X is bringing the forces of innovation together in Europe. I am pleased to see that through SmartFactoryKL, organizations like SmartFactory-EU are also connected to GAIA-X.”

The SmartFactoryKL role in the GAIA-X project

“First, we need to connect our demonstrator to the GAIA-X network,” said Keran Sivalingam, Project Manager for smartMA-X, as the sub-project is called at SmartFactoryKLL. “Over the next few years we will develop the model that will be used for shared Production by all others participants. We want to define the way for machines with to become part of the GAIA-X network in the first place,” Sivalingam added. Yet, that is just the beginning: a look at the details reveals the complexity of the task.

A skill consists of many small elements, so called atomic skills. The skill itself is therefore the sum of the smaller or subordinate skills, which is why it is scientifically correctly called a compound skill. For example, the compound skill “Drill hole” is really a combination of many atomic skills: revolution speed, movement relative to the product, drilling pressure, drilling angle, etc. “We have to research and test which level of abstraction is necessary and practical for a skill to be offered in the GAIA-X network. For example, are compound skills or atomic skills better for our purpose?” asked Sivalingam. “Most importantly, we need to test what is technically possible and useful. Currently, very little knowledge about this exists.”

Another task for smartMA-X is to work with machine data, which is being generated on a huge scale everywhere as digitalization advances. “At present, hardly anyone is working with it,” said project manager Sivalingam. “Many German SMEs are sitting on data without knowing what practical applications they can build with it.” Already back in 2014, it was said that data is the gold of the 21st century. That reference, however, was to personal data. But the statement is also applicable today with machine data. “Our research in the area of AI applications for industry has only made reasonable progress since gaining access to real machine data,” said Sivalingam. “I’m very excited to see what applications or business models our research will bring to light over the next few years using machine data.”

While looking at the future, Ruskowski has concrete plans for 2021: “We currently set our focus on Smart Maintenance,” said Ruskowski. “We are just now implementing this in our demonstrator with our partners. The headline reads “Resilient Production.” How can I remove a unit from a system without causing production downtime? It is conceivable that GAIA-X also figures prominently in the answer because the absent skill can be performed somewhere else in Europe.” With this in mind, the SmartFactoryKL partner group plans to present a comprehensive Smart Maintenance use-case in 2021. 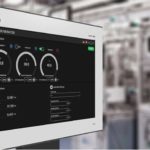 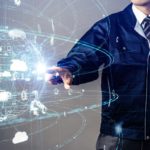 WeASSIST – process optimisation in one minute!

Send data quickly to the cloud with IoTmaxx gateways