CODESYS Group has ambitious plans for 2021

Despite the pandemic and the overall tense economic situation, CODESYS, the leading hardware-independent IEC 61131-3 automation software for the engineering and development of control applications, posted a slight increase in sales of 3.2% to just under €25 million. This result is particularly pleasing because the company has made the Industry 4.0 platform CODESYS Automation Server available free of charge until the end of 2020, as a contribution to social distancing. At the same time, additional functions for remote maintenance and diagnostics were integrated.

The CODESYS Store, a platform that offers a wide range of CODESYS add-ons, contributed significantly to the positive development with a 20% increase in sales. The Store not only offers products from the CODESYS Group, but also from third-party suppliers. The U.S. offshoot of the CODESYS Store launched in mid-2020 that is managed by the North American subsidiary, CODESYS Corporation, also contributed significantly to the positive development. Among the products in particularly high demand were the SoftPLC systems for Linux-based industrial PCs, as well as for typical automation devices and the Raspberry Pi. It is therefore hardly surprising that the latest study by IoT Analytics declared CODESYS to be the world market leader for SoftPLC systems.

Plans for 2021 include a further expansion of the offering. Among other things, new CODESYS functions and products, such as the expansion of the OPC UA support and the integrated version management Git, will be released. With an expanded range of services, the CODESYS Group now provides dedicated support for the implementation of automation solutions. 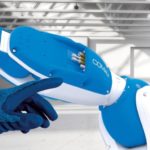 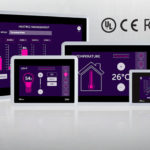