B&R has reached an agreement with the engineering company Teknics to join the network of Qualified Partners in Spain.

Since B&R launched its partner programme in 2020, many companies have been interested in joining. Those that have developed high-value projects, as well as the relevant training, have obtained qualifications in visualisation technology, control technology and motion.

In the case of Teknics, they have also obtained the Track technologies qualification. B&R’s conveyor systems are one of the four pillars of adaptive manufacturing and include: SuperTrak, ACOPOStrak and ACOPOS6D.
The latter, launched worldwide last January, is distinguished by its system of magnetic levitating shuttles that allow each of the products to move freely through the machine.

Ramon Díaz, General Manager of B&R in Spain, said «we are very pleased to have Teknics as a Qualified Partner. The sum of Teknics’ experience in specific sectors and our disruptive technology will allow us to jointly develop projects of high differential value».

For its part, Teknics, with almost 30 years of experience in special assembly, testing and packaging machinery for sectors as diverse as pharmaceuticals, cosmetics and automotive, has a strong innovative vocation and bases its technological development on the application of the most advanced technologies. According to its CEO, Jordi Bolea, «the partnership with B&R and its Track technologies, as well as the integration with ABB, opens up a wide range of totally disruptive technical possibilities that will undoubtedly improve the production processes of Teknics’ customers».

B&R’s Qualified Partners programme is present in other countries such as Germany, India, Ireland, Italy, Netherlands, United Kingdom, Russia and Switzerland with more than 150 companies that allow B&R to reach the entire industrial fabric where it is present. 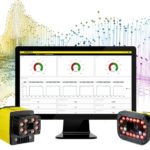 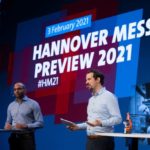