Motion and automation control from a single source

Multi-core technology, the addition of new safe and non-safe I/O modules to the SEW MOVI-PLC® I/O system C, and the new modular visualization system make the UHX65A MOVI-C® CONTROLLER a true all-rounder that can be used for challenging motion control tasks and also as a higher-level controller for machines and systems.

Multi-core technology is supported from version V2.10 of the MOVISUITE® engineering software. This significantly boosts the performance of the UHX25A and UHX45A MOVI-C® CONTROLLERs and, above all, the UHX65A. The function supporting multi-core technology is automatically enabled in all new controllers delivered, providing one processor core to coordinate communication, and at least one dedicated entirely to motion control and machine control.

Especially in the case of the UHX65A with four cores, an experienced programmer can use the IEC Editor seamlessly integrated into MOVISUITE® to group tasks and explicitly assign them to the individual cores. This makes it possible to fine-tune the distribution of computational tasks between processor cores and complete challenging operations that require a great deal of computing power in parallel. As an optional extra, SEW EURODRIVE offers a Windows 10 IoT operating system on the UHX65A. This enables customers to perform machine-oriented algorithms and applications in higher-level languages. The UHX65A’s Hypervisor RTS -based architecture automatically ensures that the additional operating system does not influence the controller’s actual function. It is also possible to customize the Windows operating system, which makes it easy to meet specific requirements such as customer IT safety rules.

In addition to other safety functions, SEW EURODRIVE also offers safe inputs and outputs using the MOVISAFE® safety cards on the MOVI-C® inverters. The relevant data can be made available for applications via the fieldbus using FSoE or PROFISafe, which the MOVI-C® CONTROLLERs route via EtherCAT®.

To meet all requirements for machines and applications that need a larger number of safe I/Os, two new FSoE I/O modules, each with four safe inputs and outputs, have been launched as part of the MOVI-PLC® I/O system C portfolio. Up to a maximum of 64 of these modules can be combined with an EtherCAT® coupler from the MOVI-PLC® I/O system C and incorporated in the third-party SCU safe master controllers tested by SEW EURODRIVE.

To connect standard sensor technology, new modules with important functions such as counter, SSI encoder, energy measurement and analog DMS input for load cells have been introduced in the MOVI-PLC® I/O system C. This extends the range of applications with tried-and-tested SEW technology in all kinds of automation projects.

The new modules also comply with the basic quality parameters of the MOVI-PLC® I/O system C – seamless integration into the SEW world and optimum interaction with the MOVI-C® modular system. The launch of these new modules makes design engineering departments more flexible and enables them to save valuable time by planning complex machines/systems in a simple end-to-end process.

The IEC Editor integrated seamlessly into MOVISUITE® takes care of implementation. This eliminates the need for additional programming tools, making programming both quicker and easier.

The new modular system enables all SEW customers to tailor the design of their visualization solution to the relevant application throughout the entire MOVI-C® CONTROLLER family. 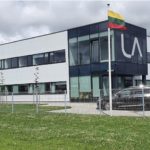 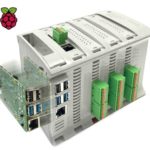