Neuhausen a. d. F. – It all started in 1921 with a repair workshop for bicycles, motorbikes, and sewing machines. Today Balluff is a leading provider of sensor and automation solutions. This year the company, with its headquarter in Neuhausen auf den Fildern, celebrates its 100-year anniversary. And the anniversary comes at a time when celebrations are not possible. «Instead of face-to-face events we are therefore focusing firmly on digital formats. We are proud of what our company has achieved over the last 100 years and excited about what is still to come in the future. Therefore, we would like to remember Balluff’s history and look ahead to the future,» says Balluff Managing Director Katrin Stegmaier-Hermle.

Stories from 100 years of innovative spirit

In order to take interested individuals on a journey through time, Balluff created an anniversary website on which numerous tales are recounted from the company’s milestones to the anniversary and beyond: Witnesses have their say, current projects, employees, and locations are presented, and industry experts share their views on important issues in the future. «Quite a lot happens in 100 years. We not only got numerous new developments off the ground, but as a company we also moved with the times,» says Balluff Managing Director Florian Hermle. Today Balluff is still a family-owned company: Florian Hermle and Katrin Stegmaier-Hermle are great-grandchildren of the company founder Gebhard Balluff. They manage the company together with Frank Nonnenmann, who succeeded Michael Unger last year.

From the workshop to global automation specialist

The repair workshop founded by Gebhard Balluff in 1921 developed into a handicraft business, which initially manufactured turned and milled parts. This changed in the middle of the 1950s, as Balluff developed an electrical control for machine tools which emits signals to activate or end a process in the operation of the machine. The challenge was that the control had to work in the surrounding area of a machine tool among shavings and coolant. The product was a success, and the market for it was even bigger, so the company also grew.

At the end of the 1960s, inductive proximity switches emerged, marking the transition from mechanical to electrical products. To this day this step has been an important basis for the development of Balluff’s automation technology. Over the years there were more and more products and developments: The inductive proximity switches were followed by milestones in product development such as the first RFID systems in the 1980s and magnetostrictive transducers and magnet-encoded position sensors at the start of the 2000s. The introduction of IO-Link as the first standardized digital interface at sensor/actuator level marked the entry into Industry 4.0 in 2006. Intelligent camera systems expanded the identification competence of the company in 2016. Since 2017 the company has been increasingly driving digitization solutions. «Software is a central component for good automation solutions.

Many products do not manage without software,» says Florian Hermle. «In the future we want to create more and more structures that support the software development process. Because with the help of the software, data can be made accessible for superior systems. The data provides valuable information on whose basis decisions are made.»

In the 100-year history of the company, Balluff made the leap from workshop to medium-sized company and ultimately to global company. Today around 3600 people work for Balluff in 68 countries. The global team looks to further strengthen the company in the future. «We are proud of what we have achieved, but we do not simply rest on our laurels. We have to be always hungry for new things,» says Florian Hermle. 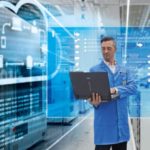 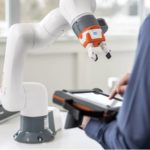 iiQKA.OS KUKA operating system will mark the beginning of a new era in robotics

Even more robust and versatile: the new photoelectric sensors