«Europe’s best answer to the globally increasing competition of systems is to take action itself and strengthen the European economy. Therefore, the ambition of the EU Commission to build a stronger Single Market, invest in key technologies and enhance an open and trade-based economy is a good sign for a technologically sovereign and globally competitive Europe”, said Wolfgang Weber, CEO of ZVEI in the context of Europe’s new industrial strategy. However, European companies now need concrete goals, actions and commitment for the much-needed investments. «The strategy is clear. Yet, specific steps for implementation clearly defined in terms of time are missing, which have to follow quickly.»

With the update of the strategy first presented last year, Europe is pursuing the goal of shaping the green and digital transformation from a leading position on a global scale.

In this regard, it is positive, that the industrial strategy highlights the importance to address key technologies, while at the same time it safeguards the open, competitive and trade-based EU-economy. “To strengthen the resilience of Europe’s industry, the three proposed IPCEI’s for microelectronics, next-generation cloud and hydrogen need now swift implementation”, adds Weber. “The electro and digital industries stand ready to support Europe on its way to technological leadership and globally competitive industrial ecosystems.”

The ZVEI positively assesses the announced enhanced cooperation between the European Commission and the European standardisation organisations in order to increase the speed of European standardisation and also to strengthen it in an international context. Furthermore, proactive engagement with international partners is necessary to overcome global tensions and strengthen the economy. 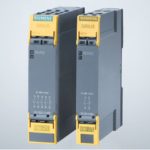 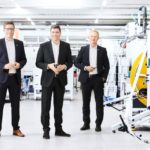 Weidmüller Generates Sales of €792 Million in 2020