Success in manufacturing is a moving target. Planners routinely face demands to reduce cycle time, increase capacity, introduce new products more quickly, and utilise available floorspace efficiently. The methods employed to move workpieces between the various production processes can significantly influence the extent to which these goals are achieved.

The company’s technicians found that linear conveyor modules allowed for the number of processes involved in a production sequence to be increased more easily than indexing tables typically allow, by adding extra modules. On the other hand, the team was also able to utilise the available factory floorspace more efficiently. In addition, they were able to define the workpiece stop positions accurately, and fine-tune the positions easily by reprogramming the conveyor modules. The module sliders are individually controlled by the Yamaha YHX universal controller, which has 64 output channels.

Using the linear modules, this company was able to setup its new production facility, incorporating additional processes as part of a more complex assembly sequence, in about half the time needed to reorganise a simple sequence performed on an indexing table.

For companies seeking to improve cycle time, the smooth servo-controlled acceleration and deceleration, higher maximum speed, and repeatability allow workpieces to be delivered more quickly to the desired positions.

Yamaha’s linear conveyor modules have enabled manufacturers building high-value products such as smartphone handsets to cut cycle time in response to customer demands and increase efficiency by eliminating line stoppages to fix problems such as broken pallets and displaced workpieces. Introducing new products, or reconfiguring and scaling the line to build new products and increase capacity, has also become faster. The modular design allows the line layout to be changed quickly and easily and all slider stop positions can be reprogrammed as needed.

LCMR200 modules are available in various standard lengths from 200mm to 1000mm and the slider speed is adjustable up to a maximum of 2500mm per second, for payloads below 10kg. The maximum acceleration is 1.3g, equivalent to a 0-100kph time under 2.2 seconds, giving great scope to reduce the time for workpieces to move between processes when seeking to reduce cycle time.

Moreover, by enabling bidirectional movement, linear conveyor modules give the flexibility to move workpieces forwards as well as backwards between processes in the line. This creates the opportunity to handle duplicated processes using a single workstation – such as the two-stage screwdriving case, mentioned earlier – without interfering with other inline equipment upstream or downstream (figure 3). The capital cost and footprint of the line can thus be optimised to suit the available budget and factory floorspace.

The YHX controller centralises control of the conveyor sliders and other factory automation devices such as SCARA and cartesian robots and their peripherals, and so enables users to setup a complete automated assembly cell quickly and easily. The YHX Studio tool simplifies programming with ladder graphics or text entry, helping to visualize the cell as a complete entity and so optimise all interactions between robots and conveyor sliders.

Linear conveyor modules like Yamaha’s LCMR200 series are built with high-rigidity guides that provide the stability needed for assembly processes to be performed directly on the carriage without removing the workpiece from the module (figure 4).

The LCMR200 provides accurate and repeatable control of the workpiece position and the covered design prevents foreign objects such as process waste entering the module. Performing processes while parts are on the carriage saves the time to design automated equipment for unloading and reloading workpieces from the conveyor, as well as the cost of the equipment and factory floorspace. The impact on cycle time, as workpieces are unloaded for processing and subsequently transferred back onto the conveyor, is also eliminated. 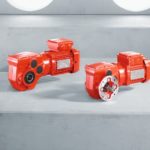 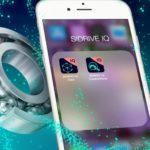 Siemens and Schaeffler to cooperate on intelligent diagnostics for drive systems