WITTENSTEIN is part of the ctrlX World – the partner world around the ctrlX AUTOMATION system from Bosch Rexroth. This allows users to benefit from the advantages of WITTENSTEIN’s smart cynapse gearbox via the ecosystem. ctrlX AUTOMATION supports the openness of cynapse and enables easy integration of corresponding applications. Customers can thus integrate smart services from WITTENSTEIN into their system solution quickly and in a user-friendly manner.

“The development of smart machine concepts by machine builders, but also the increasing digitalization of existing machines by operators, should bring cost advantages and increase competitiveness. Companies want to continue to increase their process stability, minimize waste and make the entire manufacturing process efficient and sustainable. This is precisely the kind of application for which we developed the smart cynapse gearbox,” explains Patrick Hantschel, Director of the Digitalization Center at WITTENSTEIN.

WITTENSTEIN is the first component manufacturer to offer smart gearboxes as standard – gearboxes with cynapse. They have an integrated sensor module that enables Industry 4.0 connectivity. This solution can also be combined with smart services from WITTENSTEIN. Among other things, these software applications enable the combined analysis of machine and sensor data, which detects possible failures much earlier than is the case with conventional condition monitoring solutions.

This synergy between Bosch Rexroth and WITTENSTEIN is realized through the ecosystem around the ctrlX AUTOMATION platform. Via the open automation platform and its ctrlX World for partners, desired functions can be easily downloaded in the form of apps. Here, users can employ apps from Bosch Rexroth, third-party apps or apps they have created themselves. ctrlX AUTOMATION provides all the components for complete automation solutions. The platform offers an open software architecture, a complete hardware portfolio as well as IoT, security and safety functions. This means that the system can be expanded at any time to include applications as well as hardware and software from third-party suppliers.

“Due to the maximum openness of ctrlX AUTOMATION, which is also reflected in the ctrlX World, our customers and we benefit from an easy integration of overlapping applications and a constantly growing ecosystem. This also enables us to achieve a high reach for our solutions,” explains Patrick Hantschel. 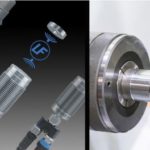 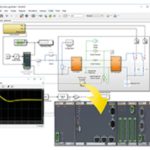