When smaller companies decide to automate individual assembly steps for the first time, they usually tend to choose standard tasks for this. A highly specialised automotive supplier from the customer base of the Saxon plant manufacturer KLEINIG engineering has now successfully taken a different route – and entered the world of robotics with a complex handling task. Two Motoman robots now assemble rubber-metal bearings for different chassis components.

Be it in the automotive and supplier industry, in mechanical engineering, electronics production, hardware manufacturing, precision mechanics or the watch-making industry – assembly and automation technology from the Saxon special machine manufacturer KLEINIG engineering GmbH & Co. KG is used in many industries. One reason for this market success is that the company, which has been based in Großpösna near Leipzig since 1998, covers the entire spectrum of plant engineering and combines development, design, electrical planning, programming, production and service under one roof.

The experts at KLEINIG engineering were thus well prepared when they received an enquiry from an automotive industry customer. An existing assembly process was to be automated in order to increase quantities and throughputs on the one hand and to reduce the number of workers required on the other.

Specifically, this involved assembling rubber-metal bearings for wishbones and swivel bearings. This is a very demanding automation task, because these chassis components are forged parts and sometimes have large manufacturing tolerances. Due to the way they are designed, these tolerances are only closed in the course of the manufacturing process and require highly flexible handling until that time. In addition, the gripping position is located on unmachined surfaces, which places additional demands on the effectors.

Various concepts were discussed on how to implement this very special task. The KLEINIG engineering designers favoured a robot-based solution. «However, the customer initially had “reservations” regarding robotics,» as authorised signatory and sales manager Tobias Franz recalls. This scepticism was not only due to the complexity of the assembly process, but also to the fact that the company had not used robots before and accordingly could not draw on its own expertise and experience in this area.

The fact that the customer ultimately opted for the robot-based option after all – and thus for entering into robotics altogether – was due to the convincing, PLC-based system concept with which KLEINIG engineering convinced him. In the meantime, this has proven itself as a flexible assembly solution for batch size 1 manufacturing without tool-up effort.

Assembly cell as a complete solution

The complete solution combines two assembly stations, one for the rubber-metal bearing and one for the bushing. An industrial robot is integrated into each station. Both processing steps can be carried out in parallel. The two stations are linked by a circulation system on which universal workpiece carriers suitable for all component variants are transported through the cell. Depending on the component, the processing time is around one minute. Only one employee is needed to operate the complete cell.

The individual parts to be assembled are fed into the assembly cell at a workstation, where they are manually placed on the workpiece carrier. The two robots then automatically take over the complete component handling and all machining steps.

In the subsequent assembly station for the bushing, the robot takes over: it places the bushing on the press-fit tool, it positions the wishbone or swivel bearing in the assembly fixture, it assembles the bushing by a joining axis without opening the gripping system, it handles the component for labelling by means of adhesive labels, good/bad part deposit on workpiece carrier or NIO box, and it transports the workpiece carrier for removal of the finished assembled component outside the assembly system.

On both robots, double grippers enable handling of the different components without changing grippers, which permits higher cycle times. The retooling from transverse control arm to swivel bearing or vice versa is also very time-saving due to the use of a quick-change system (Schunk type SWK) for automatic gripper change.

Decision to use the Motoman GP25 handling robot

When selecting suitable robots, the decision in favour of a Motoman model was clear from the outset for the design engineers at KLEINIG engineering: «We have been committed to Yaskawa for years and are very satisfied with this decision,» emphasises David Kleinig, authorised signatory and head of control technology, citing, for example, the convenient commissioning and the fast telephone support as reasons.

Due to their specific reach and performance data, two Motoman GP25 robots with a load capacity of 25 kg each represented the optimal solution for the current task: «GP» stands for «General Purpose» and thus for a wide range of applications. The 6-axis machines are therefore also ideal for component handling and assembly tasks. In difficult insertion situations, the so-called servo-float option makes it possible to switch the robot axes softly in order to compensate for component tolerances.

Like all models in the Motoman GP series, the GP25 is also designed to the high IP67 protection class and is thus particularly protected against liquids and dust entering. It can therefore also be used in rough working conditions and is very easy to clean. The robot can also work in any installation position without limitations. You can insert robot cables either laterally or through the base. As the media supply is integrated in the axes, the design of grippers could be optimised and ensures maximum reliability in subsequent operation.

Last but not least, the compact YRC1000 high-performance control system makes the robot easy to operate and program. The classic handheld programming device or the innovative smart pendant can be used for this.

As a special feature of the current system, the two robots are directly integrated into a higher-level control concept via PLC function modules. This comprises two machine controllers: one PLC for controlling the entire system and another PLC for integrating the complex robot movements. The system is operated centrally using a mobile panel (HMI).

The actual connection of the robot controllers to the PLC is made via the MotoLogix software interface. This allows Motoman robots from Yaskawa to be programmed and controlled quickly and easily via the PLC in the common IEC 61131 environment. The range of supported platforms includes all common standards. The designers at KLEINIG engineering use controllers from Siemens and PROFINET accordingly.

All the genuine advantages of the robot controller are retained through integration into the PLC. In this way, the robot control calculates the movement kinematics and guarantees high movement quality. This means that Yaskawa’s expertise in precise manipulator movements remains guaranteed. Above all, these robots and the associated control system can show their full strengths in all types of handling, such as machine loading, picking, packaging, placing, palletising or even measuring, testing and sorting.

The simple integration of the robot control into the PLC pays off not only when operating complex production plants. With MotoLogix, you only need PLC knowledge for controlling robots. This eliminates the need to search for robot-trained staff or the effort required to retrain staff.

This is also confirmed by David Kleinig, who was instrumental in realising the control concept: «MotoLogix definitely makes it easier for the end user, that is our customers, to get into robotics. In other words: It lowers the inhibition threshold significantly if the customer can continue to move in the PLC world he is already familiar with, also when operating and programming the robot with the software.» 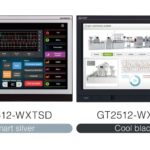 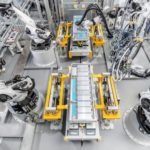