Recently, the EtherCAT Technology Group (ETG) held the 19th meeting of its Technical Working Group (TWG) Semi. This working group develops device profiles for the semiconductor industry and included the topic of its work in functional safety with Safety over EtherCAT (FSoE) during the online meeting. In addition, the integration of the EtherCAT Conformance Test Tool (CTT) into automated device acceptance was an important topic.

The TWG Semi of the EtherCAT Technology Group meets semi-annually in plenary sessions and in many sub-working groups. This has resulted in a set of specifications for using EtherCAT in semiconductor applications that has contributed significantly to the success of the communication standard in this industry. This success can also be seen in the continued willingness across the industry to participate in the TWG Semi: More than 70 participants registered again for the most recent online meeting, who dedicated themselves to working on existing and new EtherCAT device profiles in the course of numerous sessions.

In addition to the work on device profiles, selected topics are always examined in more detail at the TWG Semi meetings. One of the key topics at the most recent meeting was Safety over EtherCAT (FSoE) technology, which was presented to participants in detail by ETG safety expert Dr. Guido Beckmann. Based on this, the meeting covered relevant use cases in the area of functional safety for the semiconductor manufacturing machines referred to as «tools» as well as the associated devices to be worked out in the future. Florian Essler, who has been supporting the work of the TWG Semi from the ETG side since 2011, explains: «Today, we consistently see a deep understanding from manufacturers in the semiconductor industry with regard to EtherCAT. Bringing Safety over EtherCAT into this ecosystem will address another particularly powerful aspect of EtherCAT. This will make a big contribution as the major machine builders in the industry can make significant advancements with the integration of functional safety in their machines.» Another topic was the enhanced features of the EtherCAT Conformance Test Tool (CTT), which contribute to increased test automation as well as greater test coverage – including tests for Safety over EtherCAT.

So far the TWG Semi of the EtherCAT Technology Group has developed 14 so-called Specific Device Profile (SDP) documents with more than 20 device profiles for the semiconductor industry. In addition, new projects are constantly in development, so that in the meantime there is a corresponding overview document with the SDP Design Guideline, which describes how a Specific Device Profile is written, what has to be considered in the implementation and how to handle more complex questions in the profile definition. 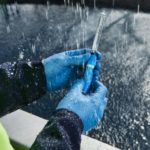 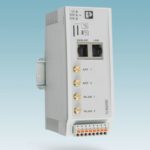