Bachmann electronic is the manufacturer of a modular automation system, consisting of a scalable CPU portfolio and a large variety of I/O- and intelligent function modules. Depending on requirements, these modules can be connected via the backplane and a bus to form a complete distributed control system. Customer surveys confirm that Bachmann stands for maximum reliability, robustness and performance.

In addition to conventional PLC programming using IEC61131-3, all-in-one engineering tool SolutionCenter also offers the possibility to implement real-time applications in the object-oriented language C++. With one click, the user receives a functional template project, which can be immediately compiled and executed on the controller. This allows the programmer to concentrate fully on the application logic. The simultaneous execution of several applications in different languages is supported, as well as multi-threading, which brings enormous performance improvements, especially on multicore CPUs.

Another possibility is to include C++ code as a precompiled library in an IEC61131 application, which encapsulates general, system-related functions and enables reuse in several projects.

In order to benefit from the functions of the language standards C++11 and C++14, the GCC 5.5 toolchain has now been integrated into SolutionCenter. This provides programmers with an improved tool, making engineering even more efficient.

For example, programmers can now use the thread support library, allowing programs to be to execute across multiple processor cores. Programmers get the most out of the CPU’s computing power and can simultaneously execute even more tasks, such as communication with the cloud.

Another important feature is lambda expressions. These allow the implementation of closures (anonymous functions) that support functional programming. The use of anonymous functions improves the readability of code, which in turn increases maintainability.

The package is rounded off by a library for atomic operations, the 64-bit integer data types and a host of new mathematical functions that help programmers to implement their automation solutions.

The latest version of the SolutionCenter with the updated toolchain was released in May as part of the M-Base V4.50 software package. Every Bachmann customer benefits from the update. 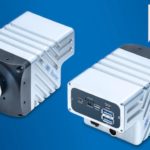 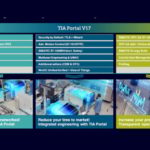