Humans and robots are sharing workspace in more and more sectors, whether they be manufacturing, logistics or medicine. Safety plays a major role in this. Up to now, range-finders on robots have prevented severe impacts or crushing when collisions occur but these sensors do not function when humans and machines have to stand close to each other, e.g. in subassembly. This requires other solutions. Teams of Fraunhofer IFF research scientists have developed a web-based application, the Cobot Designer, which ascertains the robot speeds that ensure safe collaboration. The design tool helps programmers design cobots safely. The project was contracted by the German Social Accident Insurance Institution for the Woodworking and Metalworking Industries (BGHM).

Anyone acquiring cobots for their business must perform a legally required risk assess-ment. Companies must identify specific potential hazards and foreseeable misuse by employees beforehand. The maximum speed a robot is permitted to reach is measured when it is certified for safety. A special device measures impact forces and pressures that act on anyone who comes into contact with the robot. The limits from the standard ISO/TS 15066 may not be exceeded. Otherwise, the robot’s speed would have to be reduced to prevent injuries to employees caused by clamping or impact.

Such measurement is costly and requires expertise. The robot must be programmed and built. “Small businesses in particular can’t afford this. What’s more, measurements are taken too late since the robot has already been purchased. Our Cobot Designer for digital hazard prevention comes into play here,” says Dr. Roland Behrens, research scientist at the Fraunhofer IFF. Companies can use the interactive tool before a making a purchase to assess whether the robot’s speed suffices to perform a particular job productively and, above all, safely.

“The amount of force is contingent on the robot’s speed,” says Behrens. If limits are exceeded, productivity subsequently suffers. “Let us assume the robot has to presort a pallet in one minute. If the speed has to be reduced by fifty percent for safety reasons, the cycle time increases to two minutes, reducing the robot’s economic efficiency fifty percent,” explains the research scientist, adding, “That’s why being able to perform an economic feasibility analysis before purchasing a robot would be desirable.”

Cobot Designer Is Intended to Replace Measurement with a Tester

The Cobot Designer prevents bad purchases and more potentially necessary measurements. Using the design tool will enable businesses to reduce their engineering work significantly when they implement future HRC applications. “The goal is to use computer simulation, as the Cobot Designer does, to dispense with measurements entirely in the future” The tool is available for free on www.cobotplaner.de to anyone designing an HRC workstation. The digital design tool runs on all browsers.

It is easy to use: The user merely has to enter the parameters for the robot, the hazard and the tool used, e.g., a gripper. Then, the Cobot Designer automatically computes the effect of contact between a human and the robot as well as the robot’s maximum permissible speed. The tool also provides the option of loading proprietary, custom robot models. Parameters no longer need to be entered then.

Various biomechanical robot and hazard models constitute the technological basis. The user can combine different robots, hazard situations and tools, thus compiling and con-tinuously expanding a catalogue. All the data entered can be downloaded and reused at a later time. Inputs are not stored on the Cobot Designer’s server to protect data.

Stress Tests with Subjects Deliver Data for the Biomechanical Model

The biomechanical model precisely simulates the extent to which clamping and impact stress a person. It comprises all twenty-nine relevant body parts where a person can feel pain, including the head, for instance. This model draws from the results of the one and only human subject study in the world to ascertain biomechanical limits, which was conducted by the Fraunhofer IFF and contracted by the German Social Accident Insurance DGUV and the BGHM. The Fraunhofer IFF validated the results of the Cobot Designer’s simulation experimentally in stress tests with human subjects together with physicians from Otto von Guericke University Hospital’s Traumatology Clinic and with the involvement of the appropriate ethics commission. The tests ran from 2015 to 2019. 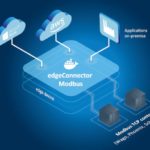 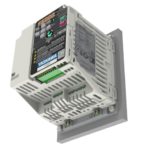 Schunk Plug & Work portfolio to include robots from OMRON and FANUC

RBTXpert from igus: remote integration for cost-effective automation at a fixed price