SEW EURODRIVE celebrates 90 years at the forefront of industrial automation

2021 is a very special year for the drive automation specialist SEW EURODRIVE. On June 13, 1931, Christian Pähr founded the «Süddeutsche Elektromotoren Werke» in this German city. After the war, in 1945, Pähr’s son-in-law Ernst Blickle took over as the company’s managing director and soon laid the foundation for SEW EURODRIVE’s world-renowned solutions with a string of visionary ideas and developments.

Our world is shaped by movement, change and innovation – there is no such thing as standstill here. SEW EURODRIVE has embraced this dynamic principle from the very beginning and used it to help shape the face of modern drive engineering over the past 90 years. The company’s innovative products formed the basis for developments that paved the way for the transformation from the industrial age to the era of modern drive engineering and smart automation of machines, systems and entire factories.

On June 13, 1931, banker Christian Pähr founded Süddeutsche Elektromotoren Werke (SEW) in Bruchsal, a city in south-west Germany. The start-up’s product portfolio consisted of a variety of electric motors and gearmotors, Millicut electric bandsaws, Simplitt planers, Circuit electric circular saws and Poliglitt grinding motors. Pähr sadly did not live to witness his company’s major successes, as he passed away at the age of 70, just four years after founding SEW. His widow Kunigunde Pähr took over the company with the support of their daughter Edeltraut. Ernst Blickle (whom Edeltraut had since married) became director of the company in 1945, and the following years marked the beginning of incredible growth.

It was only a small step from the invention of the countershaft motor in 1928 to today’s gearmotor. SEW EURODRIVE has worked consistently to further develop the basic principle of an efficient gearmotor. Today, customers throughout the world benefit from new manufacturing processes, which have been developed to continually maximize performance, reliability and energy efficiency.

In the mid-1960s, SEW EURODRIVE was the first drive engineering company to develop a modular system for the production of gearmotors. Based on a manageable number of standardized components and subassemblies, it became possible to create drive solutions that were simple and cost-effective to implement in an unbeatable space of time and that won over customers with their versatility and consistently high quality.

While developing its modular system, SEW EURODRIVE was also working to tap into international markets. Due to ever-growing demand from abroad, Ernst Blickle decided back in the early 1960s to have the innovative drive solutions from SEW EURODRIVE assembled directly in the countries where customers were operating. And so it came to be that the first SEW subsidiary opened its doors in 1960 in Hagenau, France, with others following in quick succession from 1968. Today, SEW EURODRIVE has 17 production plants, 85 assembly plants, and sales offices of its own or representatives in 52 countries. With this systematically international focus, the company has raised the bar in today’s world of drive engineering, offering its customers around the world benefits that include so much more than just a wide range of high-quality products. This is also reflected in the numerous awards that SEW EURODRIVE has received from independent institutes, associations and organizations over the years.

After Ernst Blickle’s passing in 1986, Rainer and Jürgen Blickle took over the leadership of the company. In the early 1990s, they decided to start developing in-house control solutions and set up an electronics production facility for this purpose. Not long after it had opened, this facility was named «Factory of the Year». The electronics produced by SEW are also based on a modular concept and constitute a key element of the company’s portfolio today. After the original facility had become too small, operations were moved to the new electronics production hall in Bruchsal in 2019.

Customers and partners can continue to count on SEW EURODRIVE’s innovative strength in the future. The history behind the technical developments in this sector is too closely intertwined with ideas that originated in Bruchsal to be able to do without the head office in Germany. Looking ahead, it is safe to assume that SEW EURODRIVE will continue to deliver a constant stream of groundbreaking ideas that will shape the fields of drive engineering and automation. With its MOVI-C® modular drive and automation system, mobile logistics assistants, DriveRadar®, new energy-saving motors and gear units, industrial gear units for especially high torques, cloud-based applications, and its comprehensive Life Cycle Services portfolio, the company has laid further foundations for the future.

To satisfy market demand quickly, efficiently and reliably, SEW EURODRIVE is making permanent additions to its site in Graben-Neudorf, where capacities for manufacturing and assembling motors and gear units are currently being built out and a new customer center and training and meeting rooms created.

«Driving the world» – this is and will remain the company’s motto. Even if the world is becoming ever more digital and networked, the people behind SEW EURODRIVE will always personally be there for the company’s customers and partners. A lot is changing and evolving, but one thing will stay the same – customers across the entire globe can rely on SEW EURODRIVE! 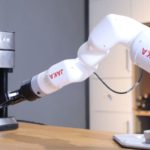 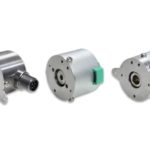