For the application of SD3 in servo hoist systems, SIEB & MEYER has developed a special function: The servo amplifier now allows switching between the torque mode and the speed mode on the fly. This is a challenge for control systems and especially required in hoisting systems for material handling, which are used, for example, in the automotive industry.

«For a number of years, SD3 has been used in hoisting systems of a renowned manufacturer and is proving very well there,» explained Ralph Sawallisch, Key Account Manager Drive Electronics at SIEB & MEYER AG. «With the new function, we respond to a special requirement that only arises in a particular application.» This particular application is a scenario in manufacturing, where a cart moves horizontally on a rail system carrying a suspended load with variable weight, for example a gear box to be mounted on an engine block.

The system automatically detects the point in time, when both components meet, i.e. the load hits a resistance. At this point, the cart must stop gently but also exert some pressure so that the worker can bolt the gear box to the engine block. When this is done, the system releases the load and the resistance is abruptly gone. Even though the cart has a much smaller weight now, it has to accelerate back to the reference speed as gently as possible. «The requirement is that the whole procedure is executed automatically,» said Ralph Sawallisch. «With the new function the transitions can be realized smoothly by the control technology.»

This development opens up new opportunities in an application that already proves the multifunctionality of SD3: As an all-in-one solution the device combines the functions of a PLC, a servo amplifier and a digital and analog I/O interface. Only this allows continuous control and monitoring of the lifting loads as well as the up and down movement of the hoist systems.

The open source nature of SD3 makes this possible, since it gives the system manufacturer an exceptional freedom in creating specially tailored functions. The Linux based environment offers potential that cannot be realized on many other platforms. From the hardware perspective, option modules offer the potential for further customization and upgrades. 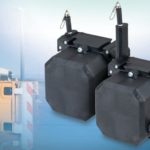 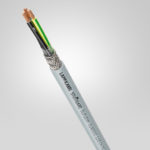