Automotive manufacturers and suppliers rely heavily on innovative technologies such as industrial robots for automating production. As these technologies advance, however, complications can arise. Take robot-based dispensing applications, for instance. Robots with hoses full of viscous liquids make several different motions, which can lead to flexing and sometimes failures. With this in mind, LEONI Engineering Products & Services (LEPS) designed a robot dresspack system built specifically for the challenges of dispensing applications.

Industrial robots perform a vast majority of dispensing applications in the automotive industry, including applying paint, adhesives, sealants, and other viscous liquids. Back-and-forth movements cause flexing in all pivoting areas of a robot, specifically in axis 2 and axis 3. This scissor-like effect stresses the metal jacketing on hoses and eventually creates failures.

LEPS dispensing robot dresspacks address this problem by using break points with swivel brackets to alleviate stress on the bend radiuses of the hoses. “Along with a major North American automotive manufacturer, we developed a system that engineered around the failures,” explained Jose Carrasco, a sales engineer with Business Unit Robotic Solutions at LEPS.

Robot-based dispensing became popular with the application of sound-dampening materials to car floor panels and later with joining, such as when adhesives join the interior of a car shell and the exterior car body. Today, robotic dispensing is even more important to the automotive industry, as it has become an integral part of electric vehicle (EV) battery production. In this process, robots apply thermal inductive material to EV battery trays that mount on top of a radiator. The material absorbs heat coming from the batteries, and the radiator below cools the batteries.
As electric vehicles have become more popular, the robots dispensing thermal inductive material onto battery trays have become more significant. For example, one gasoline-powered car production facility for a major automotive manufacturer has eight sealer dispensing systems for the whole plant. But a facility making an electric vehicle for the same manufacturer has already surpassed that number of systems and will soon double it because of the popularity of EVs.

Efficiently recovering from a failure represents the main idea behind the development of the dispensing hose and cable management system, according to Carrasco. “By adding different break points at axis 1 and axis 3, we eliminate the potential for failures in certain areas and recovery is a lot quicker, , because we only have to change one section,” he said. “The break point we created from axis 3 to axis 6 provides the ability to change just a section of the hose and not the entire thing.” He added, “The mean time to repair is much quicker than before, and the process is much more manageable.” 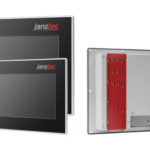 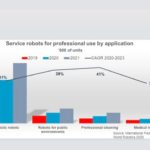