Considered the most important trade show for the plastics processing industry, FAKUMA 2021 (Friedrichshafen, Germany, 12-16 October) is the ideal platform for presenting FANUC’s new ROBOSHOT α-SiB injection moulding machine (Hall 3, Stand B3-3211). The new machine operates at higher injection speeds, and is faster and more flexible than previous-generation ROBOSHOT models. For tool and mould makers, the trade fair premiere of the new ROBOCUT α-CiC wire-cut EDM machine will be the highlight.

An important advantage of FANUC’s all-electric injection moulding machines is their typically low energy consumption, which is especially attractive for companies that want to improve their carbon balance. The new ROBOSHOT series starts with a total of five machine sizes between 50 and 220 tonnes clamping force, and different injection capacities. These machine sizes will appeal to mould makers and high-precision plastic parts manufacturers in all industries, including medical technology and automotive engineering. FANUC will expand the range of the new ROBOSHOT α-SiB series further to give a total machine range covering 15 to 450 tonnes clamp forces.

The new, all-electric ROBOSHOT injection moulding machines demonstrate particular improvements in terms flexibility, speed and connectivity. Among the many highlights of α-SiB machines is a multi-functional 21.5″ HD FANUC PANEL iH Pro display, which users can operate either traditionally with buttons, or like a smartphone via touchscreen and swipe functions. In addition, users will benefit from advanced software functionality as standard.

The precise, repeatable and reliable FANUC ROBOSHOT α-SiB offers multiple screw diameters, new injection unit sizes and higher injection pressures as standard, depending on the size. There is also the option of four-axis servo core control.

Another FANUC highlight at FAKUMA 2021 will be the new ROBOCUT α-CiC wire EDM machine for all mould and tool-making requirements. The revised design of the ROBOCUT α-CiC means that the machines have a significantly stiffer structure than before. For the operator, this extra rigidity pays off in higher cutting accuracy and better repeatability.

Other improvements include a new function that compensates for table movement errors. At FAKUMA, a ROBOCUT α-C400iC will simulate the cutting of mould inserts.

FANUC’s FAKUMA presentation will focus on «solutions» rather than just products – all based on the overarching idea of ONE FANUC, a unique technology concept for complete automation with CNC machine tools, robots and software.

A number of FANUC exhibits at FAKUMA will highlight this approach, including a ROBOSHOT α-S150iB application featuring a second, vertical injection unit (SI20iA), and a handling cell with an LRMate robot that demonstrates how easily FANUC machines and robots can be connected via the company’s QSSR (Quick & Simple Start-up of Robotization) concept. In another cell, FANUC will give a live demonstration of the all-electric α-S150iB in an LSR (Liquid Silicone Rubber) version, automated with an M-20iD robot. 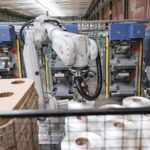 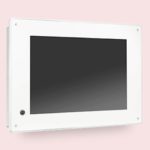 23rd Fakuma with More than 1700 Exhibitors from 34 Countries