The new Yaskawa European headquarters is set to open in 2023

With an investment cost of around 23 million euros, this ground-breaking new building will be used for a variety of purposes: The 8,322 m² site will contain a four-storey office complex with 4,220 m² of office space for around 220 employees. 1,150 m² on the ground floor will be reserved for the European Yaskawa Academy along with the future innovation centre and attached showroom.

Together Bruno Schnekenburger, CEO of Yaskawa Europe GmbH, and the mayor of Hattersheim, Klaus Schindling, laid the cornerstone for Yaskawa’s new European headquarters in the town of Hattersheim am Main near Frankfurt: During the ceremony on 22 September, they took the traditional and symbolic act of encasing a time capsule in the foundation of the building shell. The new building is set to open in 2023.

Yaskawa Europe GmbH chose this new location for the excellent infrastructure of the Hattersheim Technology Park – often referred to as the Digital City – as well as the easy connections to public transport, motorways and Frankfurt Airport.

“We are pleased to add our robots and drive components to the already-vibrant Digital City in Hattersheim. We would like to thank the town of Hattersheim for the warm welcome and their active support for our project”, says Bruno Schnekenburger, CEO of Yaskawa Europe GmbH.

“Our biggest goal was to bring another global player in the digital industry to Hattersheim, and we’ve achieved that in Yaskawa. We are convinced that automation and robotics will be an enormous asset to our technology park”, says Klaus Schindling, Mayor of Hattersheim.

Two core components of Yaskawa’s corporate strategy and objectives are to achieve consistent sustainability and a positive energy balance by conserving resources and generating its own clean energy. To this end, the new building will meet the highest construction standards in terms of ecological impact, resource conservation and energy efficiency, in accordance with the “Efficiency Building 40” standard from KfW, including the supplementary energy efficiency package. This will make the building even more energy efficient than originally planned.

Natural lighting will be provided by floor-to-ceiling windows and a large, light-filled courtyard which extends from the ground floor to the two upper floors. This will reduce the need for artificial light and the energy required to provide it. Shading systems will cool the building in the summer.

The building concept is rounded out by an energy-efficient LED lighting system. Eleven charging stations will also be installed for employees and customers to charge their electric vehicles. The transformers can be retrofitted to supply an additional 64 e-charging stations if required.

Beyond these sustainability aspects, Yaskawa is also creating a modern and motivating working environment for its employees. The new building will provide an ideal working environment for the approximately 220 employees, along with high-performance, future-oriented infrastructure. The location will also employ flexible working models for both home office and on-site working.

Sustainable growth and commitment to Europe

Yaskawa remains focused on sustainable growth and is preparing for the future of automation in Europe. This latest building represents a continuation of the ambitious expansion strategy that Yaskawa has been pursuing in Europe for several years: Since the 1990s, servodrives and inverter drives have been manufactured in Cumbernauld, Scotland, and robots have been produced in the European robot factory with attached robotics research centre in Slovenia, which opened in 2019. These investments are intended to secure European supply chains and buck the international trend by bringing technological know-how and production expertise back to Europe.

Yaskawa, one of the world’s largest players in the field of industrial robots and a leading global supplier of drive, automation and control technology and components for the generation of alternative energy, has had its own subsidiary in Europe since 1979. Two years later, Yaskawa Electric Europe GmbH was founded, which was merged into today’s Yaskawa Europe GmbH in June 2010. With its divisions Drives Motion Controls (automation, drive and control technology), Robotics (industrial robots, systems) and Environmental Energy (environmental engineering) and with more than 1,900 employees throughout Europe, the company is aiming for sales of around 600 million euros this year. Yaskawa’s European Robotics division is based in the town of Allershausen near Munich. 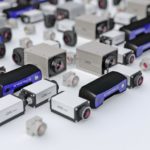 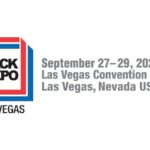