Comau has received the 2021 Mercurio Award

Comau has received the 2021 Mercurio Award – Special Recognition, Robotics for the Smart Factory. The accolade was conferred by the ItalianGerman Economic Association Mercurio and recognizes Comau for its commitment to integrated solutions for the automotive of the future in Europe and around the world.

Since 1999, the Mercurio Association has granted the Award to companies that have distinguished themselves by contributing to the promotion of economic and cultural collaboration between Italy and Germany. Comau was selected to receive the Special Recognition by an independent jury of personalities from the Italian and German business world. The 13-member jury was guided by multiple criteria, including the impact on public opinion, the strengthening of the Italian image and brands in Germany, and an entrepreneurial spirit marked by courage and excellence.

The award ceremony, held at the Italian Embassy in Berlin, will be attended by the Italian Ambassador, Armando Varricchio, as well as Italian and German business leaders, and members of the international press.

“This award is proof of Comau’s dedication to the German market, which is based on our ongoing attention to local customers, from large corporations to small businesses, within various economic sectors,” explained Volker Buchbauer, Managing Director of Comau Germany. “Thanks to our strong commitment to technological innovation, we continue to help customers, in Germany and in the rest of the world, deploy advanced solutions for the smart factory.”

Comau’s presence in Germany spans more than 25 years, with operations in Cologne and Böblingen. The company works with many of the country’s top-tier automakers, for both traditional and electric vehicles, and also collaborates with various German enterprises in the field of Robotics and Digital. An example of which is Siemens, with whom Comau has implemented a universal programming protocol to fully integrate its robot family with the Siemens SIMATIC Robot Library. Similarly, Comau collaborates with the Fraunhofer Institutes, in addition to several German Universities, on innovation topics through European-funded projects, and has recently started a collaboration with Heidelberg University for a joint research initiative to study new application areas for wearable robotics. 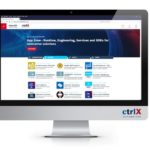 ctrlX Store – Automation based on the smartphone principle 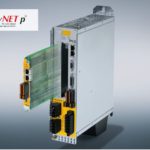