An inexpensive solution for collecting, pre-processing and forwarding data is often sought for IIoT. Due to the already existing community and basis of freely available software, such as Node Red or database applications, the entry into the development of your own application is greatly simplified.

Janz Tec Raspberry Pi 4 system is a further development of our successful DIN-rail PC based on the Raspberry Pi3+, which comes with Raspberry Pi OS and also supports the CODESYS development environment. The plan is to equip the system with 4GB RAM, 8GB eMMC and an RTC as standard. In addition to a serial interface, the standard version will also be equipped with CAN, 2x USB, 1x Gbit LAN, digital I/O, Bluetooth and WLAN. An optional LTE module is also planned and – thanks to the modular design of our Raspberry Pi 4 – customer-specific extensions and additional interfaces, such as LANs or customer-specific wishes, can be realised quickly and with reduced development effort.

Development has already started and the Janz Tec Raspberry Pi 4 will still be available until at least 2028.

As the system should meet as many customer requirements as possible, we ask you to contact us soonest if you are interested. This will allow us to incorporate your feedback into the ongoing development process. 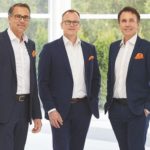 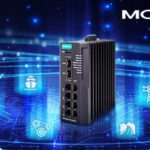 What is a Virtual PLC and what advantages does it offer in automation?

The new generation of ESA I/O for Industry 4.0

How will the industrial automation market be after the semiconductor crisis?