With the recently concluded EtherCAT Interoperability Testing Week in Japan, the EtherCAT Technology Group (ETG) concludes this year’s series of developer events in online format. As in the other countries, the first event of this kind in Japan was very well received by the participants.

More than 60 interested developers of EtherCAT products participated in a total of 10 sessions spread over the week, discussing topics such as SSC implementation as well as the possibility of new device profiles for the semiconductor industry. During one of the sessions, ETG’s experts gave a hands-on presentation of corresponding solutions, which met with a very positive response from the participants. It was particularly well received that the team around Masanori Obata, head of ETG’s Japan office, had also prepared the presentation content in Japanese.

Guido Beckmann, who attended the EtherCAT Interoperability Testing Week as Chairman of the ETG Technical Committee, summarized the event as follows: «The plenary webinars as well as the individual expert sessions showed us that this event format is a good way to exchange knowledge and ideas, to engage in discussions with developers and thus to make EtherCAT technology and its interoperability even better.»

In addition to the newly established online offerings for developers, an in-person EtherCAT Plug Fest is again planned in Japan for the coming year. All information will be available on the EtherCAT Technology Group homepage in due course. 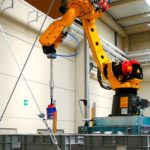 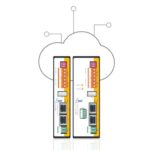 MBS gateways – Building automation in the Internet of Things