From 23 to 25 November, Aerotech will be present at the «SPS – smart production solutions» in Nuremberg. The manufacturer of high-performance motion control and positioning systems is using the trade fair to demonstrate the advantages of its PRO Series positioning tables with direct drive linear motors to the market. Four PRO-LM linear stages, controlled by the new Automation1 control platform, will be on show live at stand 351 in hall 3.

«Based on the set-up, we can demonstrate our extensive know-how in the design of these linear tables, including cable management.» The tables are capable of high speed motion with very good velocity regulation. However, it is not only the speed and positioning performance that is characteristic, but also their robustness. The sealed mechanical bearings make the PRO-LM linear tables insensitive to any kind of contamination. The linear stages are equipped with a low-friction sealing system, which sustainably reduces maintenance in industrial applications.

Due to their high rigidity and fundamental precision design, the linear stages have proven themselves many times over in production processes with high cycle rates. Users of the high-performance linear stages benefit from the proven industrial linear motors and ball screws with improved positioning accuracy, according to Aerotech. Aerotech developers promise up to 98 per cent better resolution whilst repeatability and geometric error motion have also been significantly improved compared to conventional linear tables.

The control system also contributes to this: With Automation1, Aerotech has combined the control of positioning systems and connected components onto one platform, which is specially equipped with a new software-based motion controller. For the first time, the PRO series linear stages are controlled via the new Automation1 control platform with four XC4e PWM (pulse width modulation) drive controllers. Automation 1 connects with HyperWire, the most powerful motion bus in the motion control industry.

Since such linear tables are usually integrated into production systems or automation processes, Aerotech sees providing more of the total solution where motion performance is important as a key area of growth in the future. Since 1970, Aerotech has been supplying standard product solutions such as motors, drives, controllers and positioning tables. Custom-designed motion subsystems include positioning systems on granite structures with undercarriage and vibration isolation, as well as external measurement systems. Integrated systems are near turnkey machines designed with customers to run an automated process.

These include not only Aerotech precision motion control components, but also full automation integration for such things as parts handling, process instrumentation, safety features and custom software. Aerotech has a high level of vertical integration, particularly in drive components and controls. On the mechanical side, Aerotech also supplies partially integrated systems, to which the customer only has to add the process to complete.

Simon Smith specifies: «As a manufacturer of automation systems, we support manufacturing companies in optimally automating their process with the precision motion components we produce. We have grown with our customers over the years and have gained application knowledge from many industrial sectors. Accordingly, we can now recommend the optimal solutions for the right application use. “ 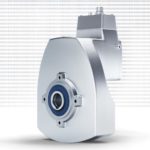 NORD DRIVESYSTEMS at the FMB 2021 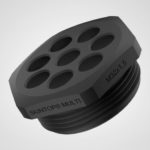