With the new Ethernet-APL communication technology, users in the process industries have gained a strong partner at their side in their quest for higher efficiency and increasing quality. This new form of data transmission will give digitalization a boost in process engineering production environments.

Data from all areas of a process system will be connected in a secure and practical manner and made available from a central point. This helps users derive valuable information from vast amounts of data points.

For years now, process control field instruments have been able not only to fulfill their measuring tasks but to supply additional information as well. In theory, this makes the installed base transparent and provides detailed instrument diagnostic information, which can be used for such things as preventive maintenance of the instruments.

However, this added value can only be partially realized with the current technology. The 4–20mA analog technology, to cite one example, is suitable for process control tasks but not for further data access. The additional HART protocol, which today is used primarily for configuration of the instruments, is simply too slow for comprehensive data access. Fieldbus technology, known for many years, has improved this aspect, but is also still considerably slow. Furthermore, fieldbus technology has proven too complex for many users over the years and has consequently failed to fully establish itself.

A glance at other industries shows that Ethernet has not only become a standard in office environments but is also being utilized in industrial applications. The main advantage is the high speed and seamless integration into IT systems. “Only in the process industry have Ethernet specifications failed to meet the expectations of the operators up to this point,” says Benedikt Spielmann, Marketing Manager Industrial Communication at Endress+Hauser. “While Ethernet is a fast way to transmit data, all the components require a separate power source. That translates into extensive cabling effort and the associated higher costs. Furthermore, Ethernet has so far been restricted to 100-meter cable distances while process systems often extend up to 1,000 meters. Another issue is that the RJ-45 plugs are not designed for harsh field environments. And so far the best argument against the use of Ethernet in the process industry has been the lack of suitability for ex-zones because of the absence of intrinsic safety.”

Leading manufacturers and user organizations joined forces several years ago to eliminate these disadvantages. The APL Group established the goal of being able to utilize the basic advantages of Ethernet technology in process systems as well and to get Ethernet in shape for use at the field level in the process industry: power and data transmission via the same two-wire cable, suitability for ex-zones, high bandwidth and long cable distances.

Work on the specification has now been completed. The technology was made public during the virtual Achema 2021 conference. “The launch of Ethernet-APL technology during Achema Pulse was an important milestone,” according to Benedikt Spielmann. “All the specifications and guidelines were completed on schedule. The presentation of the first Ethernet-APL instruments on the multi-vendor APL exhibit wall was a striking illustration that all the participating manufacturers are working on their APL portfolios. There were also insights into which customer applications would benefit from the new technology.”

One of the primary tasks of the working group was to guarantee intrinsic safety, which first required limiting the power transmission. This requirement initially contradicted the desire for higher bandwidth, long cable distances and robustness against electromagnetic interference. Questions related to the cable and plug or type of connection had to be answered as well. All of the challenges were successfully addressed. The solution is reflected in various working papers, standards and documents:

Even before the official introduction of the norms and specifications and the correspondingly designed devices, APL technology was successfully implemented in real environments. BASF installed APL prototypes from various manufacturers at its Ludwigshafen, Germany, location in 2019. The tests ranged from installation and commissioning to exporting data parallel to the process control system. Automation providers in the process industry were already discussing the promising results at the 2019 NAMUR general meeting. In a nutshell, they indicated that Ethernet-APL offers the following benefits:

These are all experiences that field instrument manufacturer Endress+Hauser can confirm. “Ten years ago, we brought a flowmeter featuring Ethernet connectivity to the market and since then have gradually expanded the portfolio,” says Spielmann in looking back at the development. The response was extremely positive, especially from the food and beverage industry. “More process data and more diagnostic information create transparency and help to optimize workflows. This additional functionality, in terms of digitalization, was very well received by the users,” reports Spielmann.

End-to-end Ethernet technology yields a wide range of benefits in terms of efficiency and simplicity, particularly with instrument maintenance. Users benefit from an integrated web server that simplifies remote access to field instruments for parameter configuration or error detection. Even firmware updates are possible via this remote access, including high bandwidth. Ethernet’s performance also promotes the use of standard applications such as the creation of measurement point reports or uploading/downloading parameter sets.

In the future, access to data in the field will be possible without interpretation issues since the information will be available to digital services such as the Netilion ecosystem from Endress+Hauser. Theoretically speaking, this connection also functions with other protocols such as PROFIBUS or HART. However, Ethernet-APL makes more data available – and faster. A typical example is predictive maintenance, which is controlled with real-time data from the field instruments. “Although the algorithms reside in the field instruments, they have to be processed in the cloud as well. With Ethernet-APL, the data highway is in place to make the data available. If all of this was done via HART, the network would be constantly overloaded and the data transfer unbearably long,” explains Spielmann.

Another aspect is that Ethernet-APL also supports the modular approach currently employed at many plants in the chemical industry. Any number of APL segments can be added with the same design already used in other segments. The topology is set up first; everything else, such as the name assignment or the start-up parameters in the example of PROFINET as Ethernet protocol, is automatically transmitted to the instruments. “With the current two-wire Ethernet approach, we’re also attracting users in the chemical, oil & gas, minerals and mining segments where they have the same requirements in terms of digitalization. We’re now providing the portfolio they need,” says Spielmann.

Endress+Hauser is working hard on the development of the Ethernet-APL product portfolio. With the completion of the APL specification and the availability of the PHY chips, the necessary pieces of the puzzle are in place. Ethernet-APL instruments for flow, level, pressure and temperature will be introduced to the market in the first half of 2022. “We are thus offering a broad portfolio of Ethernet connectivity products, in addition to the existing four-wire Ethernet instruments for flow and liquid analysis,” says Spielmann. 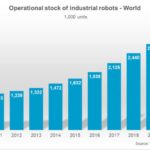 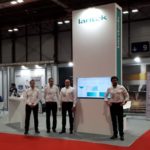 Lantek will be present at MetalMadrid, Composites Madrid and Robomática