At the SPS 2021 from November 23 to 25 in Nuremberg, the SSB protocol will be presented to the public for the first time in Hall 6, Stand 150J with a demonstrator for IoT sensor technology retrofit. With this demonstrator, the sensor data of an evaluation module for smart factory sensors – the SFS / BE1 – is sent via Bluetooth to an SSB collector and from there via LAN and RFC1006 to a standard Siemens controller.

Directly after the SPS on December 2nd, SSV will host a free webinar . It deals with the technical aspects of the Secure Sensor Beacon protocol including Bluetooth data integration in common control and edge gateway systems. As part of this webinar, the security aspects of the SSV protocol extension with the cryptographic functions are presented in a generally understandable manner and explained in detail in a live demo 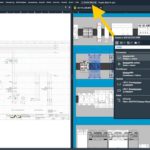 New Board of Directors member at the EtherCAT Technology Group