In order to supply customers with several pro­duction plants on two continents just-in-time and in large quantities with plastic hybrid com­ponents, reliable systems are required on the one hand and, ideally, production is carried out on site in each case in order to keep and secure supply chains as short as possible.

KBS-Spritz­technik has to cope with exactly this task and has equipped five injection molding machines with robot automation systems from EGS Automation from Donaueschingen for this purpose.

Three of the systems are located at the compa­ny‘s home plant in Schonach, Germany, and two additional systems are located at the branch plant in Barrie, Ontario, Canada, which went into operation in 2017. The turnkey systems were developed and im­plemented by EGS Automation from Donau­eschingen in the Black Forest-Baar district. The company has been active in the field of indust­rial automation since 1996 and has been using industrial robots for this purpose since 1999. Customers of EGS Automation benefit from the experience of more than 2,000 installed robots, which is why EGS calls itself robotive.

KBS Spritztechnik is integrated into the Burger Group and operates on the market in close co­operation with six other brands, which makes the group a very competent and powerful full-range supplier for customer-specific gear drive technology. KBS manufactures complex plastic parts for drive solutions as single- and multi-component combinations of metal and plastic or rubber.

Technical injection molded parts such as hou­sings, gears, worms, spindles, racks or belt pul­leys are just as much a part of the company‘s core competencies as the overmolding of con­tacts, ball bearings, shafts and gears made of metal. This leads us to the topic, the automated production of plastic hybrid components.The equipment is used to produce housings for mechatronic actuators, which are currently used in exhaust systems in vehicles with inter­nal combustion engines as well as hybrid drives. The components are manufactured in 12 variants. Projects are also being implemented for future vehicles with alternative drive systems.

The manufacturing process is fully automated. From the provision of the insertion contacts as a stamped strip on a coil to the packaging of the tested finished products in ecologically sound, lightweight and recyclable reusable packaging. Three Yaskawa robots are installed in each system. Two small 6-axis robots that take care of precise contact provisioning. In addition, a larger robot that removes the finished parts from the injection mold and inserts the provided con­tacts, and then handles subsequent handling into an inspection unit and final packaging. Sin­ce there was a generation change at the robot manufacturer from the MH series to the GP se­ries over the period from the delivery of the first system to the fifth system, different types are in use in the systems. The proven continuity and downward compatibility as well as continuity in the handling and programming of the Yaskawa robots made it possible to integrate the new ge­neration into the existing plant concept without any problems. The automated production sequence begins with the unwinding of the punch strips from the coil with appropriate alignment and feeding into the punch-bending tool.

Here, the contacts are separated, bent and removed by the first two 6-axis robots, and then fed to two stations one after the other on a rotary indexing table. An initial sensory check is also carried out to determine whether the contacts have been removed accordingly and are present. The robots have a payload of 7 kg and a reach of a good 900 mm.

In the next station of the rotary indexing table, the contacts to be inserted are supplied to the insertion robot, a Yaskawa 6-axis robot with a payload of 25 kg and a reach of more than 1700 m, in the correct position in the orientation of the injection mold. It removes the inserts with its multi-function gripper tool, checks for completeness and moves to the injection molding machine, an Engel vertical machine with 160 tons clamping force. These rotary table machines allow the finished parts to be removed from the mold and reloaded with inserts, while the injection molding process runs in parallel in the second mold of identical design. This almost completely eliminates the main time component for loading and unloading by the robot from the manufacturing cycle. Only the table rotation time has a minimal effect.

All robots are equipped with gripper changing systems that allow quick and easy changeover to other component variants. Due to their compatibility, all gripper tools can be used in all five systems. The interchangeable gripper tools are recognized via RFID codes and the system checks fully automatically after the set-up process whether the set-up gripper tools match the preselected variant. The injection molds as well as punching and bending tools are developed and manufactured within the Burger Group in the sister companies SBS-Feintechnik and KBS-Stanztechnik. Depending on the variant, the finished injection-molded components are removed from the mold in 1 or 2 parts

. In addition to the functional units for handling the insertion contacts and for handling the finished housings, the robot gripper tool also has a special positioning function during insertion into the injection mold. To ensure the high accuracy required, EGS Automation has implemented a special docking positioning function with floating bearings, which guarantees the insertion accuracy in a process-safe manner. After the finished parts have been removed, they are tested in an electrical testing station. A continuity test ensures that there is a connection between the pins, which must make electrical contact. On the other hand, a breakdown test is used to verify that no conductive paths have accidentally made contact within the plastic during the injection molding process, which actually have to be electrically isolated. The test station itself is automatically loaded cyclically by the robot with reference defective parts to ensure that they function correctly and thus reliably guarantee freedom from defects to the customer.

Defective parts are discharged via corresponding output chutes. Start-up parts are also discharged via these chutes after the system is restarted. On request, QA parts, separated by mold cavity, can also be provided via a special output, allowing the process to be continuously monitored. Finally, the finished parts are packed into customer packaging. The reusable trays in 800×600 mm format are provided empty from the stack via a palletizing system with tray stacker and then stacked filled.

The entire automation unit is built as a complete and compact cell on a base frame with protective housing and roof. During engineering, attention was already paid to the fact that the systems can be transported both in sea containers and fully assembled on a truck. This significantly shortens commissioning in production at the injection molding machine. The units contain all the electrical control cabinets and the robot controllers, so that the media supply and feed can be provided centrally for the entire plant at a single location. The robots and individual components are operated and controlled via a central PLC control system with a large operating panel that serves as an HMI and allows convenient input and status monitoring. The user interface was programmed by EGS Automation according to the customer‘s specific requirements. Thomas Burger, Managing Director, is very satisfied with the concept, the implementation and the availability of the systems. 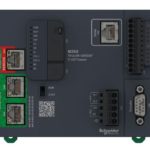 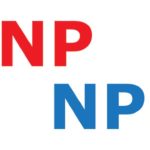 Differences between PNP (sinking) or NPN (source) in PLC wiring