Forming refers to the initial charging and discharging processes of the battery cell. The cells are stored in forming stations in rack systems where they are charged and discharged several times during the formation process. Since the forming systems are very large, handling systems with long strokes and high speeds are required. Automation specialist Festo provides suitable solutions with electric gantry axes and slides. The company can draw on many years of experience with comparable systems for testing hard disks.

Gas is formed in the battery cell during formation. This must be extracted from the welded battery cells without losing electrolyte. To do this, pneumatic cylinders move the hollow lances that pierce the battery cells in the degassing chamber and evacuate the gas until the first electrolyte is also sucked in. The system then switches and blows the electrolyte back into the battery cell. The remaining gas is then removed. After the suction process, the cells are sealed again, which is typically done by thermal welding or ultrasonic welding.

In battery production applications, high speeds and throughput are required, as well as reliability and repeatability. In the production of lithium-ion batteries, the production environment plays a decisive role. In particular, low humidity and the lowest possible contamination by interfering particles during the production process have a major influence on the quality and safety of the manufactured battery cell.

At the centre of a degassing application is the process chamber. A cantilever handling system based on Festo’s spindle axes ELGT ensures dynamic and safe loading and unloading of the process chambers. The compact and cost-effective spindle axes ELGT from Festo with integrated double guide is ideal for creating 2D and 3D cantilever systems. As a 3D delivery system, for example, it packs up to 20 kg at speeds of up to 0.5 m/s. With a copper and zinc content of less than one percent, the axis is perfect for use in assembly systems in battery production or in small parts handling.

During the degassing process, the process chamber is evacuated using process valves type VZQA. Their open architecture makes them very durable, energy-efficient, easy to maintain and flexible in application; they are therefore a suitable and favourable alternative to conventional valves such as diaphragm valves or ball valves. The pressure switch SPAN-B from Festo monitors the pressure in the process chamber.

The remote IO system CPX-AP-I seamlessly integrates all IOs and IO-Link devices such as sensors and valve terminals into the communication network of the plant. This means seamless communication from the workpiece to the cloud. Another brilliant feature of the handling systems for battery cells is based on bionics: the FinRay gripper from Festo offers gripper fingers that adapt to the workpiece. This allows safe and tactile gripping of workpieces with plastic malleability such as pouch cells.

This makes it all the more important for automation components in secondary battery production to have the right properties. Depending on the electrolyte and electrode material, copper, zinc and nickel can be seen as interfering particles in the production of lithium-ion secondary batteries.

That is why Festo has defined restriction criteria regarding copper, zinc and nickel for its products and metallic materials whose main components are either copper, zinc or nickel are excluded from use. In addition, all Festo products for battery cell production have clean room certificates and are suitable for use in dry rooms 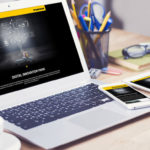