Exports of machinery from Germany recorded high growth in the third quarter, rising by 8.8 percent year-on-year to 44.6 billion euros, as reported by the Federal Statistical Office based on provisional figures. In the first quarter, exports were up 0.9 percent. In the second quarter they were 24.5 percent above the previous year’s level. However, it should be noted that machinery exports fell by 21.1 percent in the second quarter of 2020 – the peak of the Corona pandemic. Overall machinery exports in the first three quarters of this year increased by 10.8 percent year-on-year to €133.2 billion. In contrast, machinery exports declined by 10.1 percent in 2020. «Mechanical engineering is once again benefiting from its strong presence abroad. The pre-crisis level of machinery exports from 2019 is close at hand thanks to good demand from foreign customers. But the widespread material and logistics bottlenecks put a burden on export performance,» says VDMA chief economist Dr. Ralph Wiechers.

In the third quarter, total machinery exports from Germany to the EU-27 were 5.8 percent above their prior-year level. The export business with the three largest customers from the EU-27, France (minus 1.7 per cent), Italy (plus 17.3 per cent) and the Netherlands (plus 11.3 per cent), developed differently. Exports of machinery to the United Kingdom again grew strongly by 38.7 per cent in the third quarter. The high growth rate has ensured that the country has moved past the Netherlands into fifth place among the foreign sales markets for exporters from Germany. Last year, the UK was 8th place in the rankings.

USA and China with different dynamics

Machinery exports to the two largest single markets, the USA and China, continued to show different dynamics in the third quarter: 18 percent more machinery and equipment was exported from Germany to the USA. Exports to China, on the other hand, only increased by 3 per cent compared to the previous year. From January to September, machinery exports to the USA and China were up 12.6 and 10.8 per cent respectively on the previous year. The USA was thus able to slightly increase its share of total exports to 11.3 percent. China has a share of 10.9 percent. «Momentum in China is not expected to pick up in the short term, as important customer industries such as construction and automotive are not sending out any expansive impulses,» explains the VDMA chief economist. «In our recent business survey of local member companies, construction-related machinery manufacturers in China reported a below-average business situation,» Wiechers adds.

In percentage terms, the highest growth in the first nine months of this year within the machinery industry was recorded by the following sectors: textile machinery (up 28.2 percent), machinery to produce semiconductors and integrated circuits (microelectronics, up 23.9 percent) and agricultural machinery (up 21.8 percent). «The textile industry is ramping up global production again and investing heavily in the modernization and automation of its plants. In addition to strong export growth, we also continue to observe high order intake in the textile machinery sector in Germany but also in other countries such as Japan,» says Wiechers. The high global demand for semiconductors is leading to capacity expansions by chip manufacturers. This, in turn, is fueling demand and exports of microelectronics manufacturing machinery. «High prices for agricultural products and the renewal of the old agricultural machinery fleet, especially in the USA, are leading to increased investment and a record high in exports of agricultural machinery,» adds the VDMA chief economist. 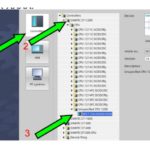 Getting Started with TIA Portal 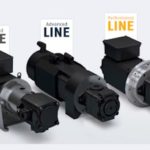