Experience shows that the requirements change during the runtime of a project or in the life cycle of the application. This is why the open ecosystem PLCnext Technology from Phoenix Contact now offers a plug-in solution in addition to the subsequent loading of functions from the PLCnext Store: A link system complements the PLCnext Control with functions that are not included as standard in its range of services. The AXC F 2152 controller can be expanded by one and the AXC F 3152 controller by two expansion modules. If the number of expansion modules supported is not sufficient, the AXC F XT EXP expansion module can be used to operate up to three expansion modules on each controller.

The AXC F XT ETH 1TX expansion module provides the function of an Ethernet interface. A separate MAC address ensures that networks can be implemented physically completely separate from one another. As an Interbus master, the AXC F XT IB module enables, among other things, the continued use of existing systems in Interbus-based applications. The AXC F XT PB module is a Profibus master that exchanges data both cyclically (DP V0) and acyclically (DP V1) with up to 125 Profibus participants.

The AXC F XT SPLC 1000 module functions as a safety-related controller up to SIL 3, to which up to 32 Profisafe devices can be coupled. With the AXC F XL ML 1000 expansion module, a PLCnext Control of the AXC F 3152 type can be supplemented with a Coral Edge TPU for processing AI applications.

Since the modules on the left communicate with the controller via PCIe, the standardized interface can also be used by third-party providers. The configuration of the expansion modules is uniform despite the various functions. If a module is plugged in, the engineering verifies whether this has been done in the correct firmware version and, if necessary, issues a meaningful error message. By using the expansion modules, the PLCnext Control proves to be the right solution for almost every application requirement. 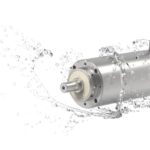 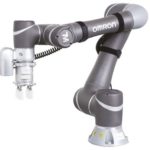