In October, German mechanical and plant engineering companies once again recorded double-digit growth in orders, up 19 percent in real terms. Domestic orders rose by 13 percent, while orders from abroad increased by 23 percent.

«The increases continue to be impressive. However, it is not surprising that they are now lower than in the spring and summer of this year,» says VDMA chief economist Dr Ralph Wiechers. «For one thing, customers’ pent-up demand has largely been satisfied. On the other hand, we already recorded an increased order level in October of the previous year. Now the challenge is to implement the good order intake within a reasonable period of time, because companies are still having to deal with numerous bottlenecks,» adds Wiechers.

In the less volatile three-month period from August to October, orders were up 43 percent on the previous year. Domestic orders were up 15 percent, while foreign orders rose by 58 percent. An increase of 33 percent was recorded from the euro countries, and 68 percent more orders came from the non-euro countries. 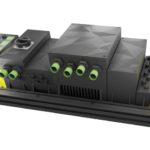 Murrelektronik Vario-X: The days of the control cabinet are numbered 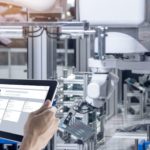