Recently, the 20th meeting of the Semiconductor Technical Working Group of the EtherCAT Technology Group (ETG), the so-called TWG Semi, took place. The digital meeting provided time not only for work, but also celebration. After all, it has been 10 years since the working group launched at an official kick-off meeting.

Nearly 100 industry experts were present at the kick-off meeting in 2011 to support the ETG’s plan to develop device profiles and implementation guidelines for the specific needs of the semiconductor manufacturing industry. Martin Rostan, Executive Director of the ETG, recognized even then, “The new fieldbus standard for the semiconductor industry is EtherCAT – there is no other way to interpret the clear commitments from market leaders and the active support from the industry.”

Ten years later, the TWG Semi has now already developed 16 documents with Specific Device Profiles (SDPs) for the semiconductor industry as well as four associated basic documents. A further nine profiles are in the approval process and, in some cases, are close to completion. More than 22,000 working hours have been invested in the development of the profiles since 2011 at the semi-annual meetings of the working group alone.

The effort has been worthwhile and Rostan’s assessment has been confirmed many times to date. EtherCAT is the protocol of choice for the semiconductor industry and is used in countless tools, as the machines for semiconductor manufacturing are called. Florian Essler, who accompanies the TWG Semi from the ETG team, sees the broad support for the developed standards as the main reason for this success: “Based on the stringent working culture of the TWG Semi, profiles with enormous acceptance in the market have emerged over the past 10 years. This is particularly reflected by the development of the number of participants at the meetings, which shows that our device profiles are classified as a special value in the industry.”

In addition to the work on device profiles, new topics are always finding their way into the work of the TWG Semi. For example, they are now working on Safety over EtherCAT and its relevance in the area of functional safety for semiconductor manufacturing machines as well as their associated devices. In addition, the integration of the EtherCAT Conformance Test Tool (CTT) in the automated acceptance of devices also plays a role. Florian Essler is sure to have “actively tackled” the work for the next 10 years with the 20th meeting of the TWG Semi and is looking forward to future ideas, which will be developed and elaborated in addition to the daily business of the working group. 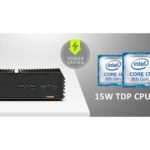 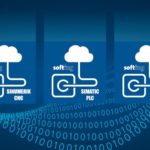 Softing will be present Siemens Industrial Edge Marketplace in 2022