Franz-Xaver Bernhard was unanimously elected the new Chairman by the Executive Board of the VDW (German Machine Tool Builders’ Association) and the Machine Tool and Manufacturing Systems Association within the VDMA, Frankfurt am Main, at its fall meeting. In accordance with the VDW bylaws, Bernhard will succeed Dr. Heinz-Jürgen Prokop on 1 January 2022, who will step down from his position at the end of his second term of office after six years.

“I am more than pleased by the trust which has been placed in me and look forward to my future tasks on the VDW Board,” Bernhard said upon his election. He continued: “The machine tool industry is going through difficult times. Although orders are now coming through again in greater numbers, the supply bottlenecks are preventing orders from being delivered in many cases. At times like these, it is important to point out and explain to business partners and the public why a medium-sized industry like ours has its hands tied.”

Franz-Xaver Bernhard was born in 1959. After graduating from secondary school, he served an apprenticeship as a toolmaker. Upon completing his basic military service, he went on for further training as a mechanical engineering technician and obtained his technical college entrance qualification. In 1983, he joined Hermle AG, based in Gosheim, initially as Head of Application Engineering. He then embarked on a career in sales, rising from Head of Technical Sales and Divisional Sales Manager until he was finally appointed to the Board of Management as Director for Sales, Research and Development in 2001. “That was always my goal, because establishing contact with customers and building up a relationship of trust with them over many years is an essential aspect in selling capital goods, and one which motivates me to this day,” says Bernhard, describing the appeal of the job.

Franz-Xaver Bernhard is married and has two sons. In his spare time he devotes himself to motor sports, mostly of the two-wheeled variety. 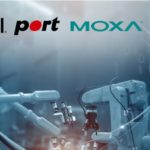 Moxa bets on Time-sensitive Networking in the Industry 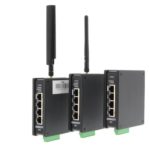