Virtually presenting products and processes before they are implemented in reality: What may sound like science fiction is the core of the so-called “digital twin”. KEB Automation has dedicated itself to precisely this concept in an innovation project. Improved commissioning and maintenance options for energy optimisation were the goal.

The digital twin enables the digital modelling of machines, plants and components, for example. This virtual copy can be used to simulate possible scenarios or requirements in advance. The “Technical Infrastructure for Digital Twins” (short in german: TeDZ) project of the cluster “IT’S OWL” has taken on this forward-looking technology.

Optimising the energy performance of machines

The concrete goal of the project was to develop and demonstrate a technical infrastructure for digital twins. This was developed based on the use cases of the project partners. In addition, the infrastructure is compatible with the asset administration shell (ASS) of the Industrie 4.0 platform and the Industrial Digital Twin Association (IDTA), which were founded in 2021.

In addition to the pilot project “AssetLife”, TeDZ also included the topic “Digital Energy Twin”, in which KEB had a significant role. The project investigated which facets of a digital twin could help to optimise the energetic behaviour of components, machines or plants over the entire product life cycle.

Focus on commissioning and predictive maintenance

Two use cases were the focus of KEB’s research work within the project.

Overall, a great deal of added value was achieved in the TeDZ research project. For example, an exchange format for simulation models was developed, which is based on the ASS standard and will enable cross-manufacturer and cross-tool simulation in the future. In addition, valuable insights were gained into areas in which the ASS of the Industrie 4.0 platform can be used.

“The cooperation with the project partners was particularly exciting, which, among other things, is what makes a collaborative research project so appealing,” summarises Dominik Follmann, project manager and head of electronics development at KEB. “Despite the effects of the Corona pandemic, we overcame various challenges with a lot of discipline and dedication, and during this time, for example, we helped to design the SmartWarehouse – the physical demonstrator in the SmartFactoryOWL – and supplemented it with KEB products.” 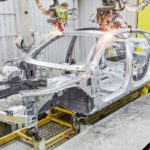 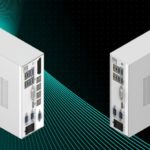