Doosan Robotics, the first in Korea to exceed 1,000 units of collaborative robot sales per year

Founded in 2015 , Doosan Robotics has independently developed technology to produce collaborative robots, and has maintained the No. 1 position in domestic ollaborative robot market share since 2018 . The number of units sold and sales are growing at an average of 70% per year , and it is expected that the current growth will continue in line with the increasing demand for collaborative robots . Doosan Robotics’ performance in the overseas collaborative robot market is particularly outstanding . North America , overseas sales share in Western Europe, including the 70% of the growing cooperation with domestic robots company’s first «Global Top 5 has entered a ‘ , is to establish a subsidiary in the region plan to be the growth rate .

These achievements are attributable to Doosan Robotics’ excellent competitiveness, such as ▲ the largest lineup in the cooperative robot industry, ▲ the industry’s highest level of safety based on proprietary torque sensor technology, and ▲ intuitive interface for ease of use . In addition , we were able to achieve even greater results by expanding our business scope to the service industry as a whole, not limited to the manufacturing industry .

Doosan robotics is about the employees 40% research and development (R & D) is configured as a force driving the product development and the associated software innovation . In particular , in the sense that collaborative robots in the service industry must be used in fusion with various technologies and products, Doosan Robotics’ core competitiveness is its R&D manpower spanning a wide range of fields .

Doosan Robotics announced on the same day that it has succeeded in attracting 40 billion won in investment from Praxis Capital Partners and Korea Investment Partners in recognition of these achievements and competitiveness .

Recognizing Doosan Robotics’ future value and growth potential, these investors participated in a third- party allotment capital increase by issuing 441,998 common shares at 90,498 won per share . After the capital increase, Doosan Corporation’s stake in Doosan Robotics will change from 100% to about 90.9% . Doosan Robotics plans to use the funds to expand its global sales bases , develop innovative new products , secure additional domestic and overseas partnerships , and invest in related technologies . Doosan Robotics plans to pursue an initial public offering (IPO) in the future with the goal of becoming a global leader in the field of manufacturing and service collaborative robots . 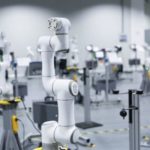 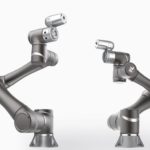