The setup routine of the market-leading IEC 61131-3 automation software CODESYS installs all features, extensions, and plug-in components in the form of modules. Most of the approximately 200,000 users worldwide do not notice much of this unless they install additional components, e.g. for static code analysis, profiling, or version management.

Starting with CODESYS V3.5 SP17, modularization is taken a significant step further for the benefit of all users: All components will be installed automatically during a «normal» setup, as before. However, they will each receive their own versioning. The advantage: All components can now be updated separately. As soon as new versions of individual components will be released, CODESYS users will receive information directly in the tool via a push message.

The required updates can then be installed immediately without having to update the entire version. This allows users to benefit more quickly than before from improvements to the tool for their daily work. For example, application developers no longer have to wait for the release of a completely new Service Pack in order to use the new functions of a CFC editor in logic programming.

Now included in the CODESYS Development System: the CODESYS Installer. With this tool, all installations on a PC can be managed and customized if necessary. An interesting feature for power users: They can use the Installer to assemble individualized versions and optimize resource consumption and installation time by omitting unused components

. All add-on components can be reloaded from a server at any time if required and can be seamlessly integrated as before. Another advantage of the Installer: The same version of the base system can be installed multiple times, thus enabling different combinations of add-on components. In this way, users can easily and safely separate experimental test installations from installations used productively. 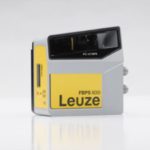 FBPS 600i Safe with just one sensor 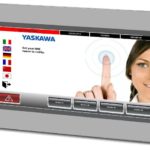