Newcomers also use automatica as a platform

For exhibitors and visitors alike, the event will have a focus on innovations and products related to the established trend topics of Digital Transformation, Artificial Intelligence and Man and Machine. This cluster has now been complemented by Sustainable Production, which is mainly motivated by the EU’s goal of becoming climate-neutral by 2050. This requires rapid changes in automation, which poses a major challenge for the entire industry. automatica offers the perfect platform to present the diverse approaches towards this goal.

The familiar halls A4 to A6 and B4 to B6 have been allocated, but there will also be a novelty in 2022: Both analytica (the world’s leading trade fair for laboratory technology, analysis and biotechnology) and ceramitec (leading international trade fair for the ceramics industry) will be held simultaneously with automatica 2022. Two additional industries, one great advantage: Significant overlaps enable participants to leverage synergies between the trade fairs.

And then there are additional highlights for automatica participants. After its suc-cessful digital premiere in 2021, the AI and robotics platform munich_i will take place as an in-person event this year, comprising the High-Tech Summit on Wednesday, June 22, 2022, a digital Robothon, and the AI.Society special show. In addition, automatica will once again hold the well-known automatica Forum, complemented by hybrid elements. Furthermore, a Test Zone is planned where robotics and automation applications can be tried out on site. More highlights and novelties of the supporting program are also available online.

Generally speaking, automatica comes at the perfect point in time as the industry continues to grow. Frank Konrad, CEO of HAHN Automation GmbH, confirms: “Our industry is on the upswing: Due to the pandemic, companies have postponed investments in robotics and automation, and now have a huge backlog. At the same time, new business is boosted by the topics of climate neutrality and sus-tainable use of resources.” The VDMA Robotics and Automation Association, conceptual sponsor of automatica, announced in a December 2021 press release that it expects strong industry growth of ten percent for the current year. The as-sociation expects the industry turnover to reach 14.7 billion euros in 2022, pre-cisely matching the pre-crisis level of 2019. 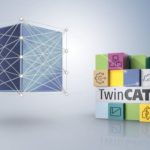 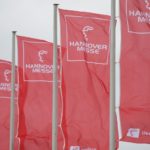