Voice control is booming: Alexa, Siri and others are showing what is possible. Industrial applications can also benefit from this technology, for the intuitive and hands-free control of devices and systems used to automate complex processes, for example, or in medical apparatus.

For such applications, vicCONTROL, the embedded voice control solution from voice INTER connect is available in 30 languages including the Scandinavian and Benelux languages. It is easy to integrate, user-friendly and meets the highest standards of security and data privacy. Voice processing is entirely local, with no need for an Internet connection.

icCONTROL is the result of more than 20 years of experience in the fields of communication, audio signal processing and voice control. The solution is available either as a software package (vicCONTROL industrial) for installation in the many embedded systems based on ARM or X86, or as a kit consisting of both hardware and software. It supports all the necessary functions, ranging from activation via wake word to recognition of voice commands based on Natural Language Understanding (NLU) and control of each function of the target application via the MQTT protocol. Real-time capability, AI-based semantic analyses and sophisticated algorithms for beamforming and noise-cancelling ensure maximum ease of use and optimum audio quality. In addition, vicCONTROL industrial can generate audio feedback in the form of prompts or text-to-speech for voice output.

The vicSDC development environment allows customized vicCONTROL industrial voice applications be created quickly and easily. In the GUI-based web tool, voice dialogues can be created and compiled for all operating systems. More than 30 national languages are available, including Norwegian (Bokmål), Swedish, Finnish and Danish as well as the languages of the Benelux countries. The extensive parametrization functions of the speech recognizer and the open system architecture, ensure that it can be optimally adapted to individual requirements. Thanks to comprehensive beamforming technologies, voice control also works in noisy environments.

The private accounts on the server hosted by voice INTER connect in Germany when creating the voice dialogues, meet the highest standards of security and data privacy. The finished voice applications are then implemented on the target hardware. There, they are off-line and can be executed locally without requiring an Internet connection. Sensitive information and voice data input stay within the voice controlled device, as do the number of interactions, etc.

In addition to the vicCONTROL industrial software solution, voice INTER connect also offers a DSP-based hardware module to implement voice control in any product. vicCONTROL go is a board that is only 3 x 6 cm in size and can be used to control devices and systems via serial interface or GPIO with no additional development effort. The tiny hardware module can be quickly and easily set up using a PC-based tool and also requires no connection to the Internet. vicCONTROL go is available in the same 30 national languages as vicCONTROL industrial. In contrast to the industrial version, however, the module is only suitable for voice control commands which have not more than a single parameter. However, it offers additional controllable GPIOs to combine sensors and actuators with the voice control.

A host of potential industrial and consumer applications

The possible applications of vicCONTROL are virtually unlimited – whether as a convenient control option for household appliances, for industrial systems in areas where gloves and work processes make control difficult, or in the medical field, where important events can be documented and functions activated by voice without taking hands or eyes off the ongoing activity.

voice INTER connect supports customers from the initial concept of their voice control solution to the integration and development of voice dialogues, selection of hardware component and the handover to series production. The voice INTER connect company has a track record of more than 20 years of experience and numerous successful projects in sectors such as the automotive industry, automation and medical technology, and work in cooperation with well-known international manufacturers of embedded systems and industrial PCs. 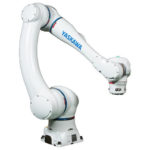