In December 2021, KEBA acquired the Stuttgart / Germany-based software company drag and bot. The start-up develops an innovative operating system for robots. As a 100% subsidiary, drag and bot GmbH is part of KEBA Industrial Automation GmbH, one of the three business areas of KEBA Group AG. With this new acquisition, KEBA strengthens its position in industrial automation and strategically expands its product portfolio with flexible automation software.

drag and bot is a start-up company that was founded as a spin-off of the globally recognised Fraunhofer Institute for Production and Automation (IPA) and has been run as a limited liability company since 2017. The company and its team have great experience in the easy and intuitive programming of industrial robots and thus support users in the flexible and cost-efficient automation of their processes. The company name is derived from the drag&drop principle, which is associated with ‘easy to use’ in the software sector. The drag and bot software solution is used for loading and unloading machines, mechanical assembly, electronics assembly and a variety of pick & place applications.

«KEBA’s mission is to use technologies to make the often complex world of automation easier for the user. With drag and bot, we have acquired a company that follows precisely this philosophy and is therefore an ideal match for KEBA’s strengths,» says Gerhard Luftensteiner, CEO KEBA Group AG, explaining the background to the acquisition.

For example, the programming and operation of robots requires corresponding expert know-how. This is often a barrier to optimising processes through the use of robots. In addition, there is a well-known deficit of skilled workers. With drag and bot solutions and applications, it is easier to overcome this hurdle. An intuitive user interface enables users quickly and independently to implement or adapt robot applications without extensive training. KEBA, itself successful in the field of robotics with its automation solutions for decades, enables the drag and bot expertise to expand the Kemro X modular system. In this way, KEBA will be able to offer machine builders simple solutions for connecting to robots, among other things. 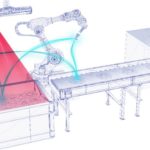 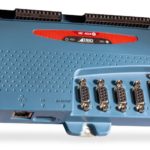 Many requests for Robotics and automation but supply chains interrupted