Strong surge in growth for LAPP, turnover of rose by 26.1 per cent

LAPP, the global market leader for integrated solutions in the field of cable and connection technology, based in Stuttgart, Germany, ended the 2020/21 financial year (1 October to 30 September) with exceptionally strong growth. The turnover of the family-owned company rose by 26.1 per cent to EUR 1,423 million. The worldwide workforce increased by 7.2 per cent to 4,586 as of the reporting date 30 September, while earnings before taxes (EBT) improved by 177 per cent to EUR 82 million.

«We are winners of the digital transformation. Here we strongly advanced our corporate processes during the pandemic. Thanks to a strong global team and our innovative portfolio, we were in a position to react even more quickly to market demands. We are agile and innovative and set to consistently continue our course towards value creation and sustainable growth», explains Andreas Lapp, Chairman of the Board of Lapp Holding AG, adding: «The fact that we were classified as system-relevant worldwide, and therefore did not have to shut any Lapp Group companies down during the pandemic, was also very helpful to us».

The EUR 295 million growth in turnover is by far the strongest in the history of the family-owned company, based in Stuttgart, Germany. The average copper price, which increased significantly over the previous year (+38.5 per cent), had a significant impact. Currency rates, dropping 1.4 per cent over the previous year, only had a slight impact. Adjusted for these copper and currency effects, real and yet very strong growth in turnover of around 16.3 per cent emerged.

“This significant increase is mainly attributable to the significant market recovery in the industrial environment, combined with gains in market share, and was supported by general catch-up effects along the supply chains», emphasises Jan Ciliax, Member of the Board for Finance at Lapp Holding AG.

Significant growth in all regions

Turnover has developed successfully across all regions of the Lapp Group: In the EMEA (Europe, Middle East and Africa) region turnover grew by 25 per cent over the previous year to EUR 1,045 million. The share of turnover from this region remained unchanged at around 73 per cent. Turnover increased even more sharply in the APAC region (Asia Pacific, including India), reaching EUR 242 million at the end of the year, around 37 per cent higher than the previous year. LAPP’s regional presence, with production and development capacities in India, China, Korea and Indonesia, was particularly noteworthy here. The Americas region (North, Central and South America) also grew exceptionally strongly by 16 per cent reaching EUR 137 million, after turnover in the region had remained stable during the previous year despite the covid crisis.

LAPP’s financial performance is extremely stable and robust. Earnings before interest, tax, depreciation and amortisation (EBITDA) increased significantly by around 51 per cent to EUR 140 million. Earnings before taxes (EBT) rose from EUR 30 million in the prior-year period to EUR 82 million (+3.2 per cent Return on Sales) despite significant cost increases in procurement and in the supply chains. Equity rose significantly to around EUR 390 million; the equity ratio remained at a consistently high level of 42.3 per cent (previous year: 45.7 per cent).

Despite the pandemic and the associated cost awareness, the Lapp Group also made considerable investments in both intangible and tangible assets during the past financial year with targeted investments of around EUR 26 million. Special emphasis was placed on software and digitisation projects, as well as the expansion and harmonisation of global ERP systems (SAP HANA). Investments in property, plant and equipment focussed on the production and logistics sites in Europe and Korea, as well as on an in-house certified development laboratory for Lapp Mobility GmbH.

In addition to these investments, the Lapp Group increased its minority stake in the Italian KU/Unika Group to 100 per cent on July 1, 2021 and consolidated the companies completely into the Lapp Group.

By expanding capacity, particularly in production and logistics, the number of employees worldwide (without leasing staff) increased by 7.2 per cent to 4,586 as of the reporting date 30 September. The increase in the commercial departments (+8.5 per cent) was above that in operations (+5.6 per cent). In order to ensure profitable and disproportionate growth in the future, investment was particularly directed towards developing employees’ digital skills. LAPP offers numerous digital formats under the motto «Culture of lifelong learning and trust». «It is particularly important for us to step up emphasis on the ONE LAPP concept. Here, we seek to combine agility and individual customer focus with globally consistent processes and guidelines. This forms the basis for continued successful growth», explains Andreas Lapp.

Industrial communication is at the heart of developing new products and services at LAPP. LAPP managed to grow particularly strongly in this sector in the past financial year with its innovative solutions. Ethernet-based products posted a 32 per cent increase in turnover. In the North America region, turnover in the industrial communication sector increased by as much as 38 per cent.

Introduction of the ETHERLINE® GUARD, a «guardian» for predictive maintenance of data cables subject to particular stress, attracted a great deal of market interest. Lapp Mobility GmbH presented its new MOBILITY DOCK at the IAA trade fair. This is a new, space-saving charging device that enables an electric vehicle to be charged from a normal household socket in combination with any type 2 charging cable.

«LAPP is at the forefront of major industrial trends and plays an active role in research», according to Georg Stawowy, CTO of Lapp Holding AG. As single-pair Ethernet (SPE) is a key technology in the Smart Factory, LAPP is involved in the SPE Industrial Partner Network and with ETHERLINE® T1 offers a suitable portfolio of cables. LAPP also sees great potential in the expansion of DC technology for industrial production facilities. Here the company has already launched its own DC portfolio and is active in the DC-Industry 2 research project, which is supported by the German government. The classic product portfolio has been further expanded across all product areas. This includes a new ÖLFLEX® SERVO FD 7OCS hybrid servo cable for modern drive solutions. LAPP was also the first supplier on the market to launch a lead-free SKINTOP® brass conduit gland. Georg Stawowy: «We strive to influence the entire material cycle and ensure that lead can be banned across the value chain in future».< br />
The assembly business under the name ÖLFLEX® CONNECT is also developing very successfully. For example, LAPP also took over the complete assembly of cable sets for an all-electric injection moulding machine for Sumitomo (SHI) Demag Plastics Machinery GmbH in Schwaig near Nuremberg. This enabled the customer to significantly increase its productivity. Another example is HARWI, a Dutch sawing machine manufacturer: with the help of LAPP’s ready- made assemblies, the time to produce a machine was reduced by four hours. «Ultimately, our customer’s success is also our success», emphasised Georg Stawowy.

LAPP also benefits from the boom in the photovoltaics industry. For many years, the company has offered a tailored portfolio and has grown by 32 per cent in this sector. One of the largest orders comes from South Korea. LAPP supplies the cables for the Saemangeum photovoltaic power plants in South Korea – up to 2.700 kilometres so far.

Another success story comes from Lapp Mobility GmbH, a corporate startup of LAPP. The company supplies HELIX and spiral charging cables for the car manufacturer Hyundai in Germany. These charging cables are used for the Kona electric, Ioniq electric and Ioniq plug-in hybrid vehicles. The demand for LAPP’s charging solutions is growing continuously. Since 2022, our charging cables have also been used for the new, purely electric IONIQ series and at KIA Germany, a sister company of the Hyundai Group.

Alongside the digital transformation, LAPP is pressing ahead with green transformation. The focus is on environmentally friendly and sustainable management and responsible use of all natural resources.

One of the main objectives for the coming years is to reduce the CO2 footprint of LAPP products. «We have set ourselves the goal of achieving a 20 per cent CO2 reduction in our products by 2025», says Jan Ciliax, who is responsible for sustainability on the board of Lapp Holding AG. To this end, LAPP is currently determining the CO2 footprint of its products and identifying potential for optimisation. Targeted projects work around the world are working on product design, the use of sustainable materials and the use of energy in production processes.

«It is important to look at our product lifecycle in a holistic way, from raw material suppliers through to customer delivery (cradle-to-gate), rather than just concentrating on energy consumption for buildings and production», stresses Jan Ciliax. LAPP is also increasingly directing its portfolio towards customers in sustainable industries and has been offering tailored connection solutions for photovoltaic and wind power plants, as well as electromobility, for several years now.

LAPP has been intensifying its efforts to optimise energy consumption in sales and production buildings over the last few years. Green electricity has been used across Germany since 2019. Thanks to its geothermal heating, a photovoltaic system and roof greening, the European headquarters in Stuttgart has been playing a pioneering role in sustainable construction within the Lapp Group since it was built.

Outlook for the current financial year

On the reporting date September 30, 2021, the order books were an impressive 137 per cent above the previous year’s level. Despite the noticeable effects of the pandemic, supply shortages and high raw material costs, LAPP also assesses the 2021/22 financial year quite positively and anticipates further moderate growth in turnover in all regions. In order to support this growth digitally, customer-specifically and regionally, LAPP plans to invest heavily with a triple-digit million euro sum over the coming years. 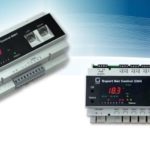 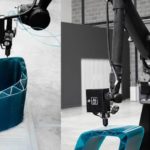