Since 2014, the Danish government, industrial companies and science have been working together to establish new technologies in all industry segments within the framework of the Danish association MADE (Manufacturing Academy of Denmark). As a research partner, the team from Aalborg University used its proof of concept as an example to connect a KUKA robot to a Microsoft Azure cloud from the LEGO Group via an edge interface from Munich-based IoT specialist Device Insight. The open reference architecture of the Open Industry 4.0 Alliance was used.

An interview about the background to the proof of concept now presented by Aalborg University with Dr. Christian Liedtke, Head of Strategic Alliances and expert for digitalization at KUKA, Kim Reeslev, Sales Manager Nordic & Baltic at KUKA and Hendrik Nieweg, Executive Vice President Solutions for IoT and IIoT solutions at Device Insight.

Everybody is talking about simply connecting the shopfloor to the cloud. Is it really that simple yet? Where do we stand on this issue?

Dr. Christian Liedtke: «Yes and no, of course every manufacturer of machines, components or sensor technology has already found ways to transfer data to the cloud and store it there. So technically, this is no longer a major challenge. But the devil is in the details. Because the user of this data usually wants to utilize it across manufacturers – and then, unfortunately, it is of little help if the data is only «available somehow».

So let’s look at the big picture: there are many solutions, but no interoperability, i.e., no ability of different machines and components to work together in compliance with common technical standards. That’s why the digitization train is slow to get going and many companies are resigned to the current situation. Processes are running ok and initial pilot applications have often only shown marginal improvements. Looking to Denmark, companies there are technology-savvy and visionary. Therefore, it was investigated how data from different sources can be transferred from the shopfloor to the operator’s cloud. To this end, open interfaces are to be used to allow scaling as desired.

The approach of the Open Industry 4.0 Alliance (OI4) is particularly impressive here due to its openness and interoperability. Interfaces are implemented as an open API, i.e., an application programming interface that is made publicly available to software developers. Architecture and implementation recommendations are openly communicated through white papers. Thus, a company does not necessarily have to be a member of the Alliance and can still offer OI4-compliant solutions. Such an approach suits companies very well, as it does not restrict competition and is particularly conducive to implementation in the brownfield environment.»

What is the importance of digitization and automation in Denmark and how did Aalborg University’s proof of concept in conjunction with the Open Industry 4.0 Alliance come about?
Kim Reeslev: «For KUKA, the Nordic countries are of great importance – especially because, in addition to the interest in automation, there is also an increasing focus on the digitalization of industry. In this regard, we have been working with researchers from the Southern Danish University in Odense and Aalborg University for around ten years. In this way, we gain valuable insights that we can incorporate directly into industrial applications so that global companies such as Danfoss or the LEGO Group can successfully drive forward the automation and digitization of their productions on a scientific basis.

Aalborg University demonstrates the ease of connectivity from the shopfloor to the cloud.
The proof of concept now presented by Aalborg University is a project of the third MADE generation: MADE FAST. The goal that we as KUKA and as a participant in the project are pursuing together with companies such as Danchell, Danfoss, LEGO Group, Robot Nordic, Rockwool, Technicon, Terma, Universal Robots and VOLA is clear: together, we want to accelerate the digital transformation in Danish manufacturing companies. To achieve this, it must be as easy as possible to connect the individual machines in the production halls with the cloud. And it is precisely for this purpose that the open architecture of the Open Industry 4.0 Alliance has now been successfully trialed. KUKA is one of the founding members of the alliance.»

How did Device Insight help with the implementation of the PoC? Are there other successful PoCs in the context of the alliance?

Hendrik Nieweg: «Through pilot implementations at KUKA and other industry partners, Device Insight and KUKA already had cloud and edge software available that we were able to adapt and use in this PoC. The OI4 architecture is based on standards and best practices that we already know from customer projects. Therefore, the adaptation to the requirements in this project was easy to realize.

The flexible architecture with a local broker on the edge level enabled the realization of additional use cases in the project. The Cloud Connector – a software solution developed by Device Insight that is already used in the KUKA iiQoT solution – could also be used here. The Cloud Connector transfers data to the cloud via the MQTT protocol and uses Microsoft Azure functionalities such as automatic software updates and daily renewed security certificates for this purpose. This enabled data from the project to be sent securely to the cloud environments of the industry partners.

Concepts familiar to us at Device Insight, such as containerization of software packages, harmonization of data already close to the machine, and distribution and configuration of software from the cloud, meet both research and industry requirements.»

Looking ahead over the next five years, to what extent do such successful PoCs contribute to the further development of simply connectivity?

Dr. Christian Liedtke: «The past has shown us that standards that become established do not necessarily have to be technically mature, fast, secure or inexpensive. The market decides which standard will prevail. Danish industrial companies work together very closely and in an exemplary manner when it comes to future topics. As a result, such PoCs are not only opinion-forming, but also trend-setting. Of course, we are proud to have been intensively involved in this and obviously to be doing the right thing here from a market point of view – but much more important is that digitization is hereby given a direction. A practicable alternative solution is shown so that the entire industry can move forward in digitization and thus successfully counter current problems such as sustainability, shortage of skilled workers or supply bottlenecks.» 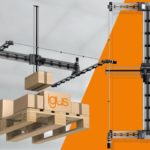 Large DIY palletiser from igus at a small price 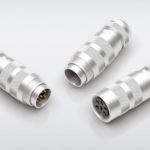