Japan is the world´s number one industrial robot manufacturer – delivering 45% of the global supply. In recent years, the country’s robot suppliers have increased their production capacity considerably: Their export ratio rose to 78% in 2020, when 136,069 industrial robots were shipped. These are results published by the International Federation of Robotics (IFR) ahead of the International Robot Exhibition (iREX) in Tokyo, March 09 to 12, 2022.

“Exports of Japanese industrial robots on average had a compound annual growth rate of 6% in the last five years”, says Milton Guerry, President of the International Federation of Robotics (IFR). “At the same time, imports of robots have always been extremely low. In 2020, only 2% of Japanese installations were imported. The domestic Japanese robot market is the second largest in the world after China.”

36% of the Japanese exports of robotics and automation technology were destined for China. Like other international robot suppliers, Japanese manufacturers also serve the Chinese market directly from their factories in China. These factories on the world´s largest market for industrial robots proved to be a major advantage in 2020, when international supply chains were disrupted due to the Covid-19 pandemic. Japanese suppliers were able to benefit comprehensively from the Chinese post-crisis boom that started in the second quarter of 2020 and gained momentum in the second half of the year.

Rebound from the Covid-19 pandemic

With a market share of 22%, the United States is the other top market for Japanese exports of robotics and automation technology. Both countries – the US and China – are expected to further rebound from the Covid-19 pandemic. Together with the domestic market, the major export destinations will secure demand for Japanese robotics.

“Japan is a highly robotized country and a global frontrunner in the use of robots for everyday life”, says Dr Susanne Bieller, General Secretary of the International Federation of Robotics. “This year´s iREX exhibition in Tokyo will focus on ways towards a friendlier society, bridged by robots. iREX will display how robots are increasingly shaping our daily lives, e.g. by improving the quality and availability of the products we receive, the reduction of carbon emissions, health outcomes or care for elderly people.”

The International Robot Exhibition was first held in 1974, and it has since been held once every two years, marking its 24th exhibition this year. The previous exhibition, held in 2019, saw participating exhibitors from 637 companies and organizations, with a total of 3060 booths which is the largest number ever. Exhibitors from outside Japan grew to 95 companies and organizations from 16 countries. Total visitor numbers exceeded 140,000 people, and the exhibition continued to capture attention from around the world as one of the largest robot trade shows in the world, with approximately 7,000 overseas visitors from 64 countries. This year, the fair will be held in a hybrid format for the first time: iREX 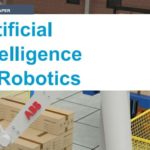 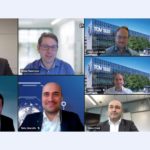