OMRON announced that Fernando Colás, a highly experienced executive with the company for over 37 years, has been named as Chief Executive Officer (CEO) of its Industrial Automation Business (IAB) in EMEA. Colás follows Seigo Kinugawa, who will return to Japan to head the Global Business Process and IT Innovation HQ.

Mr. Colás began his career at OMRON in 1985 in sales and marketing, and quickly established a successful track record in the company. His 37-year career includes more than two decades at senior leadership level, including positions as General Manager Iberia and Division Manager EMEA.

Since 2015, Colás has led product and industry marketing and technical support as General Director of Marketing EMEA, in addition to overseeing post-merger integrations. During this time, Colás was instrumental in implementing OMRON’s Value Generation 2020 (VG2.0) transformation strategy, helping manufacturers realize flexible, efficient, and sustainable production through the deployment of OMRON’s innovative-Automation concept.

Colás comments: “I am very excited to take on this new role. My goal is to lead the successful implementation and deliver the first steps of OMRON’s long-term 2030 strategic plan in EMEA, as we continue to find new ways to have a positive impact on the lives of people everywhere. Our core technologies in sensing, control, robotics and artificial intelligence enable manufacturers to adapt their production to meet the challenges they face today and in the future.”

OMRON aims to further enhance its environmental initiatives and has positioned responding to the challenges of climate change and resource recycling as one of the most important issues to address. “OMRON is constantly exploring new horizons, and sustainable innovation based on social needs has been in OMRON’s DNA since our founding in 1933,” Colás concludes.

Colás has assumed the new role as of 21 February 2022, and reports to Junta Tsujinaga, President of the Industrial Automation Company of OMRON Corporation. 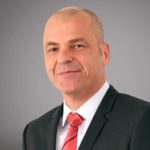 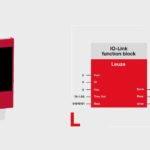