The latest KUKA Sunrise.OS Med 2.6 – is based on Java 8 and Windows 10 and thus enables rapid commissioning of the LBR Med lightweight robot, which can be used for a wide range of medical applications. The connection of the robot controller to the customer’s individual hardware and software is assured by a wide range of interfaces.

Safety is a top priority

Particularly in the case of medical applications, safety is naturally of significant importance.

When utilizing the LBR Med special safety functions on the hardware and software side can be used to monitor the external forces. The software also allows users to monitor the velocity and position of the robot. This latest release Sunrise.OS Med 2.6 also provides the ability to monitor the robot’s relationship with its environment with unique geometries. This could be utilized to prevent collisions with the medical cart or other known physical features.

An optional convenience feature when developing a medical device based on the LBR Med is real-time communication (KUKA Sunrise.FRI Med) with the robot controller. Real-time communication is very important, particularly in the field of medicine. It means that operations can be planned very precisely on the basis of different imaging methods; this is enabled, for example, by controlling each individual axis of the robot at very high communication rates. For Sunrise.OS Med 2.6 we now offer both cartesian and joint space commanding for real-time operations.

Using KUKA Sunrise.Servoing Med, it is possible to change the programmed motion of the robot, for example from specific points to a flowing path. This valuable feature could be utilized for patient breathing compensation during a procedure or 3D vision-based applications.

The KUKA Sunrise.PreciseHandGuiding Med option package enables our customers to carry out very precise manual guidance of the LBR Med while at the same time restricting certain motions and degrees of freedom of the robot. Handguiding the robot has become a common practice in medical applications, but now you can define constraints during these motions. Constraints include moving in only orientation, translation, a plane, or a cartesian vector, like along tool Z axis.

Increased stiffness of the LBR Med in position control enables medical applications for reduced payloads and defined workspaces. These robot applications are used in surgery and orthopedics. For example, if the robot must drill into a bone, then it must have a certain rigidity and not be pliable. Here, the LBR Med can be programmed to be less sensitive to external influences such as collisions using KUKA Sunrise.IncreasedStiffness Med. In this way, the motion to compensate for the collision can be suppressed. 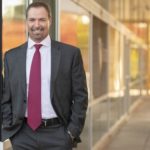 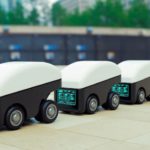