Photovoltaic systems are usually in operation for 20 years or more and must withstand wind and weather. LAPP not only has a comprehensive product portfolio for these demanding requirements, but also customer-specific logistics and service offerings. The company is also heavily involved in research projects. LAPP will be presenting its tailormade solar solutions from a single source from 11 to 13 May 2022 at Intersolar Europe 2022 in Munich (hall A3, stand 440)

This not only affects large power supplier plants, but also those for single-family homes. LAPP has a specially tailored product range for its customers for complete photovoltaic cabling from roof to basement, from energy generation to energy supply. These include ÖLFLEX® solar cables for cabling solar modules or rows of modules, which are not only flame-retardant and halogen-free thanks to electron beam cross-linked sheath materials, but also ozone and UV-resistant. The portfolio also includes large, robust cables for direct burial for supplying energy into the power supply network, fibre optic cables for data communication, EPIC® SOLAR connectors made of UV-resistant plastic SKINTOP® SOLAR cable glands and FLEXIMARK® marking systems.

Tested through and through

All components are particularly durable, robust and extremely flexible. For quality assurance, LAPP carried out numerous checks and performance tests in close cooperation with users, TÜV and the North American UL approval institute. All products are ready for use worldwide and are RoHS-compliant.

“There is also an extensive range of services from LAPP”, says Ralph Bönnemann, Project Manager Renewable Energy at LAPP. “Our international project teams not only advise our customers on the planning and implementation of the PV systems, but also control the logistics so that the required components get to the construction site just in time. We can also provide support with customs clearance if required.”

In order to further advance the expansion of renewable energy, LAPP is also involved in research projects. One research project “Building-integrated photovoltaics”, which is supported by the German Federal Ministry of Economic Affairs and Climate Action, under the leadership of the Fraunhofer Institute for Solar Energy Systems ISE in Freiburg, is about the integration of solar modules into façades.

LAPP is involved in the development of a robust connector that makes assembly and cabling easier. Lapp intends to participate in another research project of the Fraunhofer Institute, called «Baldachin», which has been running since the middle of last year. The funding application by LAPP was recently submitted to the federal government. The aim is to develop an innovative solar roof element that is cost-effective, attractive, and easy to install. 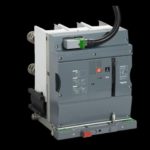 Eaton to Demonstrate Solutions for Maximizing Harvest at Intersolar Europe 2013