Schneider Electric has added the latest generation of thermal monitoring systems to its EasyPacT EXE vacuum circuit-breaker series. Now equipped with the IoT-capable temperature sensors Easergy TH110, the devices can be extensively networked and integrated into digital systems. This creates increased data transparency, which forms a basis for the operation of more reliable and flexible electrical systems.

The modular vacuum circuit breakers – now available as a fixed or withdrawable version – are used to connect building infrastructures or industrial plants to the power grid at medium-voltage level. Tailored to this area of ​​application, the battery-free thermal sensors now installed enable continuous monitoring of the system temperature and operationally critical connections such as connection points. The data obtained can be called up at any time using a special app. This information can be used to plan maintenance work in advance and as required, thus reducing system downtime.

The energy specialist Schneider Electric can already draw on 60 years of experience in the field of circuit breakers. Since its market launch in 2016, the EasyPacT EXE series has been sold more than 35,000 times worldwide. 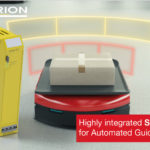 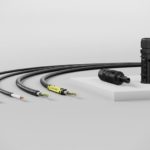