The industrial ethernet market is predicted to expand significantly in the upcoming years owing to the growing demand for fast, secured, and efficient network infrastructure for uninterrupted communication within a specific area or enterprise. The growing emphasis of enterprises towards network upgradation and process optimization to increase output and gain a competitive edge is augmenting the demand for establishing industrial Ethernet infrastructure.

Rising government initiatives and expenditure for the introduction of automation across industrial settings in developing countries like China and India would boost business expansion in these regions. For instance, the Make in India and Digital India initiatives by the government is expected to offer lucrative business opportunities to the industrial ethernet switch manufacturers. For aiding the Digital India initiative, the technology giant Google in 2020 had reportedly announced to invest USD 10 billion in India in the next five to ten years.

The industrial Ethernet communication interface is designed to establish communication between controllers on Ethernet/IP and other devices on the network. These communication tools use high-speed Ethernet ports for viewing communication and module-diagnostic information.

There are numerous companies that provide Modbus TCP/IP compatible gateway devices for network infrastructures, such as ProSoft Technology Inc., Moxa Inc., and Advantech Co., Ltd. The Modbus TCP/IP protocol segment of the industrial ethernet industry is expected to grow at a CAGR of over 15% up to 2027.

Owing to its dedicated network architecture, ethernet technology is the most suited and efficient alternative to traditional networking infrastructure to maintain secured and consistent network communication in these sectors. Moreover, the ability of rugged industrial Ethernet switches to withstand harsh conditions, such as uneven temperature and vibration makes them highly favorable for aerospace and defense applications.

Europe is slated to register around 25% share of global industrial ethernet market by 2027. The regional business growth is attributed to the presence of notable companies, such as Robert Bosch GmbH, ABB Ltd., and Siemens AG. These companies are involved in introducing advanced platforms to enhance industrial ethernet connectivity in the region.

Citing an instance, in August 2020, Westermo Network Technologies introduced an advanced industrial ethernet platform based on the WeOS operating system. This technology launch enabled the company to provide an advanced platform for IoT and big data applications to customers. Growing initiatives by the private and public organizations to introduce innovative networking technologies would complement the industrial ethernet market in Europe. 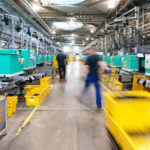 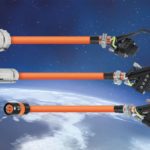 Real-time communication via 5G with Profinet