The proven WCS position encoding system from Pepperl+Fuchs is now available with an integrated EtherCAT® interface. With the new fieldbus interface, the WCS read head transmits the detected position value to the PLC in real time. Both the speed of data transmission and the display of position data have been optimized with the EtherCAT interface, making the WCS the absolute benchmark among optical positioning systems in terms of speed and precision.

The new interface is a further optimization of the absolute positioning system already introduced in 1989. Since then, it has been continuously improved. The system combines a stainless steel or plastic code rail with photoelectric sensors for scanning and always guarantees precise and highly dynamic positioning. Even on curved tracks, inclines, declines, interruptions or switches, the WCS reliably and precisely detects the position of traversing carriages and conveyor vehicles. Its compatibility with all common control systems makes the WCS flexible and easy to integrate.

Highest Precision Even in Challenging Situations

The WCS position encoding system is extremely robust and therefore ideally suited for use in demanding conditions and outdoors. The absolute positioning system defies weather extremes as well as dirt and aggressive environments, so that the WCS can be even used in container ports or galvanizing plants. With its U-shaped design, the WCS read head is resistant to ambient light and can even read dirty code rails due to the powerful infrared LED. In addition, the noncontact photoelectric scanning protects the WCS against wear.

The modularity of the WCS position encoding system allows it to be used flexibly in a wide variety of applications. Depending on the requirements, users select the appropriate read head, the suitable code rail made of plastic or stainless steel, and the corresponding mounting system. Different product variants enable precise adaptation to the existing conditions. For example, the read head with integrated EtherCAT interface is available with an extended temperature range that allows it to be used in extremely cold environments with temperatures down to –40 °C. Users are also flexible when connecting the absolute positioning system to the control system. The WCS read heads are not only available with an EtherCAT interface, but also with a number of other integrated interfaces, such as RS-485, SSI and CANopen.

Due to the wide range of possibilities, the WCS is used in numerous industries and applications worldwide—and has been for over 30 years. The spectrum ranges from standard applications such as elevator construction to special applications in demanding environments such as container ports or galvanic plants. With the experience gained from various applications in a wide variety of locations, the WCS position encoding system from Pepperl+Fuchs is constantly being further developed. 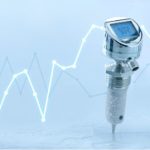 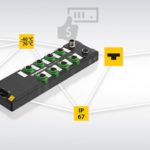