FANUC has set a new record: With the production of its five millionth CNC, the company underlines its position as the world market leader for factory automation. Kenji Yamaguchi, President and CEO of Japan-based FANUC Corporation considers this a milestone: «We owe this success to years of advice and support from our customers and partners, who are both machine tool builders and users.»

CNC is short for Computerised Numerical Control, an electronic process for controlling machine tools. Its predecessor, NC control, was first developed in the 1940s and 50s. As a pioneer in the industry, FANUC was the first Japanese private company to produce an industrial NC control in 1956, earlier than most international competitors. This was followed a few years later by the development of an electrohydraulic pulse motor, which formed the basis for FANUC’s superior servo technology.

As early as 1964, the company made the successful transition from NC to CNC technology with the «FANUC 250». Continuous further developments followed, culminating in the market launch of the compact «FANUC System 5» in 1976 adopting a single-chip microprocessor, which helped CNC technology to achieve a worldwide breakthrough. Today, FANUC has a production capacity of 36,500 CNCs per month, and the models of the latest FS 30i/31i/32iB Plus and the FS0i-F Plus series offer state-of-the-art CNC and servo technologies as well as numerous AI-based functions.

«Above all, the special requirements of European customers are playing an increasingly important role for us,» Tanzawa adds. In 2017, for example, a European development centre was opened at the location of the German subsidiary in Neuhausen near Stuttgart. In order to expand it together with the European technical support organisation, FANUC is building an approximately 6,000 square metre technical centre in Neuhausen. The building, which will cost more than 20 million euros, is scheduled to go into operation in 2023.

FANUC is also investing heavily at other locations. In the twelve months up to the end of March 2022, the company invested around 130 million euros in buildings across Europe to strengthen its technical support, trainings and service to European customers. Among other things, FANUC Europe purchased a previously rented warehouse and distribution centre in Contern, Luxembourg to shorten delivery lead-time to European customers. Further investments are planned in the coming years. «We are rapidly expanding our presence in almost all European countries to satisfy the needs of our current and future customers», Tanzawa says. 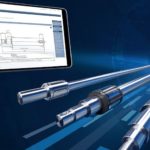 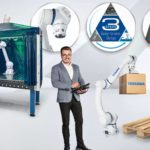