The big European event for all sectors of tomorrow’s industry

Global Industrie is the only event in France to cover industry as a whole, from the entirety of its ecosystem (start-ups, large corporations, subcontractors, producers of industrial equipment or solutions, competitive clusters, research centers, incubators, etc.) through to its whole value chain (R&D, design, production, maintenance, services, training, etc.) and all of its user markets (transport, energy, food, chemicals, cosmetics and pharmaceuticals, mechanical engineering, etc.).

It only took three editions for Global Industrie to establish itself as one of the major exhibitions devoted to industry in the world. Geared both to the industry of the future and to the international market, it is held on even years in Paris and odd years in Lyon. This geographical alternation enriches both its offer and its visitor base.

In 2022, Global Industrie is continuing in its mission to support the whole industrial sector. On an exhibition floor area of 100,000 m², its 2,300 exhibitors will be eager to present their know-how and initiate partnerships and alliances. Guaranteeing good relations between customers and suppliers, Global Industrie maintains the link between research and industry and facilitates the meeting of talented young people with company heads and representatives of Human Resource departments.

Firmly rooted in its time and a genuine barometer of industry, the exhibition changes each year to make its offer ever more legible, representative and complete by being divided into 15 representative sectors of industry simultaneously presenting equipment, solutions and know-how:

A major international event supported at the highest level

Actively supported by the highest political and institutional authorities as well as socio-professional organizations, Global Industrie has set itself four main missions:

Placed under the Patronage of the French President Mr. Emmanuel Macron, Global Industrie plays host to a number of ministers, elected officials, ambassadors and representatives of the biggest European professional organizations in the world of industry.
This has not gone unnoticed by the world of industry, in every sense of the word. Global Industrie has 85 countries represented by its visitors and 40% of its exhibitors come from abroad, from 40 countries. As is the case every year, French regional delegations (from Auvergne-Rhône-Alpes, Grand Est, Bourgogne-Franche-Comté, Seine-et-Marne, Centre-Val-de-Loire, Normandy, etc.) and international delegations (from Belgium, Spain, Italy, Portugal, Czech Republic, Slovakia, Tunisia, etc.) will make a special trip.

While the environmental issue has been at the forefront of political, societal and industrial concerns and actions for a number of years, the Covid 19 crisis also highlighted France’s excessive dependency on foreign countries in areas of production which are central or even vital for the country. Players on all sides are in agreement on the need to relaunch the industrial sector, and seek to refocus debate on major themes (the environment, cyber security, territorial issues and the digital transformation) and on issues relating to people (organization, management, corporate social responsibility, employment and training).

Global Industrie is doing its bit by placing this need for responsible reindustrialization at the heart of its 2022 edition, with: 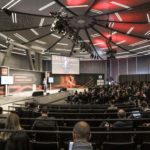 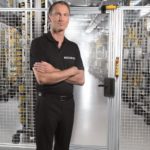