FANUC’s new R-2000iC/190S 6-axis articulated arm robot is able to break down barriers in precision applications such as direct component machining. Although the use of robots for applications like milling is not new, most solutions to date centre on workpiece materials such as plastic and resin. However, with the R-2000iC/190S users can mill more challenging materials that include aluminium and wood with good levels of accuracy.

“The established R-2000iC family of robots from FANUC now has a high-accuracy model,” states Ralf Völlinger, Vice President & General Manager Robot Division Europe at FANUC Europe. “Moreover, with its payload of 190 kg and reach of 2040 mm, the R-2000iC/190S can undertake a number of demanding tasks beyond the capabilities of other precision models.”

The new robot’s enhanced accuracy arrives courtesy of two principal factors: a robot calibrated to absolute accuracy and a new technology that is able to deliver very good accuracy even in the presence of process-related forces.

FANUC iRCalibration Signature technology is included as a standard for the R-2000iC/190S. In essence, FANUC calibrates every robot after manufacture using an extremely precise laser tracker. This process checks the exact proportions and dimensions of each individual robot, accounting for the minutest variations that occur during the manufacturing process and ultimately improving the robot’s absolute accuracy.

This improved calibration method is further supported by the use of additional sensors that help the robot to compensate for distortions caused by the process. As a result, the FANUC R-2000iC/190S demonstrates excellent linear and circular path accuracy in production environments.

Aside from these cutting-edge technologies, sturdy proportions further help to increase stiffness, keeping inaccuracies to a minimum, even in applications involving high speeds and tight curves. This carefully and expertly engineered design ensures the FANUC R-2000iC/190S is ideal for any task requiring high levels of precision.

Cut above the rest

Among the potential applications is the milling of prismatic components, where the spindle/cutting tool assembly mounts at the end of the robot arm. Some existing robots suit the milling of materials like plastics and resin, but with the R-2000iC/190S, light alloys such as aluminium are also possible. The machining of wood is another application, making the robot a good option for sectors that include architecture and sculpture.

Drill and pierce tasks in the aerospace industry represent a further example, along with other precision applications that perhaps involve the robot adopting the role of a jig or fixture.

Another key to the precision of the FANUC R-2000iC/190S is its rigidity, enhanced by a very stiff outer body and the innovative techniques already mentioned. Milling is a very dynamic process, which makes these techniques important to work against any deviations that occur when the cutting tool makes contact with the workpiece.

For milling applications that do not demand the ultra-high precision levels of a machine tool, the R-2000iC/190S offers the potential to make a considerable saving in capital investment. Also, the use of a robot for machining processes is a notably more flexible proposition. Due to its long reach in combination with six axes of motion, users have a comparatively inexpensive machine that permits excellent workpiece accessibility from many angles.

The new R-2000iC/190S is not only a high-performance, intelligent robot with outstanding reliability, but is also available with all the usual performance-enhancing FANUC options in terms of control and vision systems. For instance, the robot supports the latest R-30iB Plus control in addition to the conventional iPendant as a teaching device.

Another option is FANUC Force Sensor, which will enable the R-2000iC/190S to detect the force and torque applied to the end effector in six degrees of freedom. This capability allows the robot to undertake tasks that were previously only possible using manual methods. 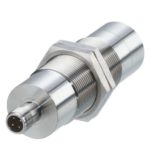